For those who love a little fun and don't mind getting soaked in the process, here’s everything you need to know about Thailand’s water festival, Songkran.

Meaning ‘the Passing of the Sun’ in the ancient Sanskrit language, the Thai water festival of Songkran is a colourful tradition that celebrates the coming of the New Year. From day-long water fights that wash away last year’s bad luck, to the building of sand chedis (Buddhist stupas) symbolising respect for the Buddhist faith – these enchanting traditions, or merits, are made in the hope of receiving blessings of prosperity for the year ahead. 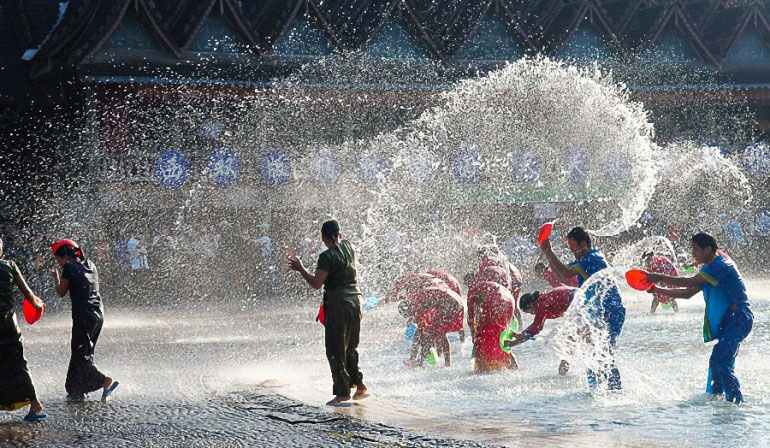 Where to celebrate Songkran

Head to Khao San Road in Bangkok’s backpacking district for what is known as Thailand’s largest Songkran festival. This televised event marks the beginning of the New Year’s celebrations, where a grand opening ceremony leads the way. As well taking part in the traditional forms of celebrations, locals and tourists alike are encouraged to don traditional Thai attire and make merit at a number of temples which include Bangkok’s most famous: Wat Arun - the Temple of Dawn.

Experience more of a traditional celebration in the ancient city of Ayutthaya, as Songkran is celebrated with locals giving alms to monks in the early morning, followed by the respectful gesture of releasing birds and fish into their natural environment.

If you’re in Chiang Mai during Songkran, watching or taking part in the bathing or cleansing of the Buddha image is a must. This captivating tradition shows locals gently pouring small bowls of jasmine scented water three times over a Buddha statue whilst asking for the following blessings:

After the procession, locals then cleanse the hands of local elders as a tribute of respect, before celebrating with well wishes whilst throwing water over one another.

Celebrate Songkran on the Beach on Phuket’s Patong Beach and be prepared to be soaked, as celebrants throw water to each other, which symbolises the washing away of any bad luck from the previous year. Family-friendly street parties are livened up with water cannons, water guns and buckets in streets – making a refreshing break from the Phuket sunshine!

Pattaya’s tribute to Songkran reflects the nature of this city – big, bold and colourful. It’s at night when the celebrations really come to life here with endless parties, friendly water fights and charming competitions such as rice piling and Miss Songkran international take place.

Dos and Don’ts when celebrating Songkran: 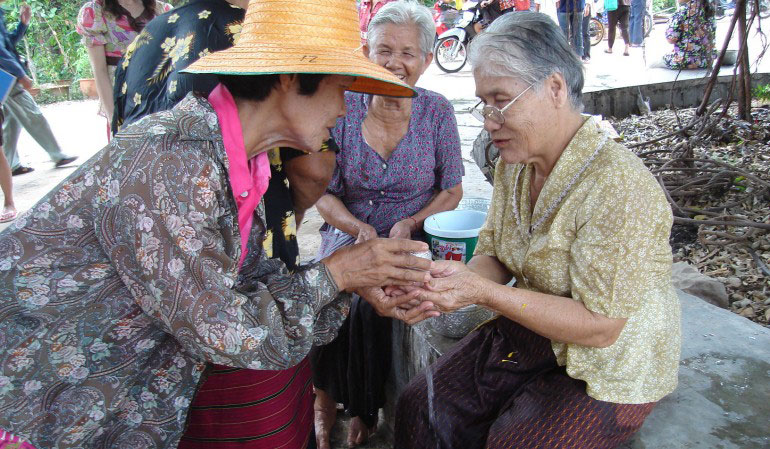 Songkran is on the 13th April each year and the holiday is celebrated until the 15th April in most parts of Thailand, but be sure to check to see how long the festivities last where you are as some holidays extend longer than three days.

Read more about our Thailand holidays