A Trip To Sri Lanka Inspired By Gandys, Designed By Kuoni

Inspired by the story of Gandys, a clothing brand with a unique story that was founded by Rob and Paul Forkan, we have created a suggested car and driver itinerary around Sri Lanka. This incredible journey, which has been shaped by our shared love of the country and the brothers’ favourite destinations, takes you from the Cultural Triangle to the coastal city of Galle via the breathtaking Hill Country and Yala National Park.

The Gandys story
In 2001, the Forkan family sold everything they owned and set off on an incredible adventure around Asia, volunteering at various projects as they travelled. Rob and Paul Forkan were in Sri Lanka with their parents and two younger siblings when the 2004 Boxing Day Tsunami hit the island. Tragically, they lost their parents in this devastating natural disaster.

Inspired by the sense of adventure that was instilled in them at a young age and fuelled by passion for giving back, they founded Gandys. Originally selling flip flops, they’ve expanded their range to include clothes, bags, backpacks and their iconic round towels, and can count the likes of the Duke and Duchess of Cambridge as fans. Ten per cent of the company’s profit is donated to their Orphans for Orphans initiative, which helps underprivileged children and fellow orphans throughout the world. So far they’ve opened two Kids’ Campuses, one in Sri Lanka and one in Malawi, and there are more planned for the future. Read more about their story and browse their clothes and accessories at gandyslondon.com.

CAR & DRIVER
This is a tailor-made car and driver itinerary including 10 nights at the suggested hotels. Any sightseeing or excursions mentioned are a suggestion and can easily be added to your holiday.

SIGIRIYA Paul and Rob have a particular interest in visiting sacred places that have a strong spiritual connection, something that Cultural Triangle in Central Sri Lanka has plenty of. One of their favourite sights is the Sigiriya Rock Fortress and we highly recommend climbing the 1200 steps to the top to appreciate the views out over the ruined royal gardens and vast jungle below. High on the brothers’ bucket list is soaring above the region in a hot-air balloon (seasonal), which we agree is an incredible opportunity. Close to Sigiriya, Minneriya National Park has a large population of Asian elephants.
Suggested sightseeing or optional excursions: Sigiriya Rock climb, Minneriya National park safari, hot air ballon ride (seasonal)
Suggested hotel: Water Gardens Sigiriya

KANDY The vibrant city of Kandy overlooks a beautiful lake and is surrounded by mist-shrouded hills. While the most sacred spot here is the Temple of the Tooth, the hilltop Bahirawakanda Temple is the brothers’ must-visit, even if it’s just to take in the views over the city. Kandy also acts as a gateway to the stunning Hill Country and a stand-out experience is a trip on the Kandy-Ella train, one of the world’s most scenic rail journeys (only bookable seven days in advance). As you ascend into the heart of Sri Lanka, you’ll pass through villages and tea plantations and travel up into the clouds.
Suggested sightseeing: Temple of the Tooth

NUWARA ELIYA The hill station of Nuwara Eliya is unmistakably Sri Lankan with its sprawling tea plantations, mountain peaks and bustling centre; however, there’s a real taste of home too. Also known as ‘Little England’, the town has beautiful architecture – think mock Tudor mansions and grand estate houses – and, perhaps unsurprisingly, it’s known for its afternoon tea. At the end of the day be sure to take a little time to catch the sunset; Rob and Paul remember sitting up near the train tracks watching the landscapes turn from vivid green to burnt red as the sun dipped behind the rolling hills.
Suggested sightseeing: Visit the region's tea plantations

ELLA One of the brothers’ favourite places in Sri Lanka – the village of Ella – is becoming a real hot spot in Sri Lanka’s Hill Country. Like Nuwara Eliya, the landscapes surrounding the villages are swathed in tea plantations; but there’s more to the region than just its agriculture. You can take the trail that leads to Little Adam’s Peak, a hike that Rob and Paul recall completing as a family, meeting local people on their commute along the way; and see the sweeping Nine Arch Bridge, which is also known as the ‘The Bridge in the Sky’.
Suggested optional excursions: Hike to Little Adams Peak

YALA NATIONAL PARK Rob and Paul share our belief that the only way to see animals is in the wild. Sri Lanka has more than its fair share of National Parks and wildlife reserves that are teeming with wildlife. Yala, which is located in the far south east of the island, is one of their favourite parks and it was the first place they saw elephants in the wild. Aside from its trunked residents, the park is best known for its high concentration of big cats – there’s a good reason why this corner of the island is called leopard country.
Suggested optional excursions: Afternoon safari in Yala National Park

GALLE Galle is the one place that Rob and Paul return to every time they visit Sri Lanka. Surrounded on three sides by the Indian Ocean, this fortified city is full of character and has a rich history. Hours can be lost as you wander through narrow streets that are lined with Dutch-built buildings, following the 17th-Century fort walls and watching the fishermen haul in their catch, shopping in the charming boutiques or dipping into aromatic cafés to sample the rich flavours of Sri Lankan coffee, a firm favourite with the brothers.
Suggested sightseeing or optional excursions: Visit the Dutch Fort and Galle city

This is a fully flexible itinerary allowing you to choose the number of nights you spend in each destination, which hotel you stay at and the experiences you add. You’ll be accompanied by an English-speaking driver/guide who has a wealth of knowledge about the country and of the places that you’ll visit. For more information on our Sri Lanka car and driver holidays speak to a Personal Travel Expert. 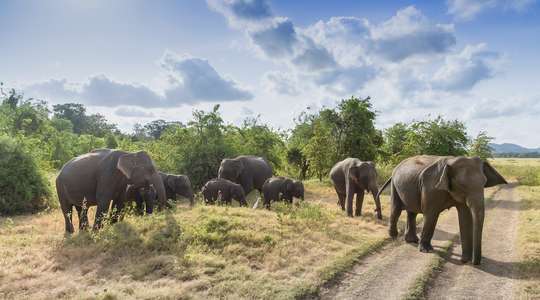 This small group tour is a superb introduction to both the wildlife and beautiful scenery of Sri Lanka. A treat for animal enthusiasts, it provides you with the chance to see elephants and the elusive leopard in the wild in both popular and lesser-visited National Parks, and marine life on the island’s south coast. In the different parks you'll be guided by a naturalist who is an expert in the flora and fauna of their park. 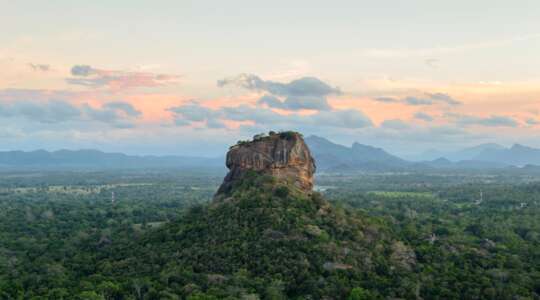 Ideal for those new to Sri Lanka, this leisurely-paced tour takes you from the coast to Hill Country of central Sri Lanka and then north into the heart of the Cultural Triangle via spice gardens, tea plantations and some of the island’s most famous historic sites. There’s plenty of time free to explore or join one of the hand-picked optional excursions, perfect for those looking for a busier itinerary.