The best architecture In Dubai

Our travel experts pick their favourite buildings in Dubai. These architectural wonders are some of the most incredible buildings in the world.

The tallest building in the world, at 829.8 metres (2722ft), the Burj Khalifa began its construction on 21 September 2004 and was completed on 1 October 2009. Previous to its inauguration on the 4 January 2010, the building was known as Burj Dubai. We’re told all the steel used to build it would stretch from Dubai to Melbourne if end to end!

Adrian Smith, an American, is the chief architect of this construction. He is known for designing various skyscrapers all over the world, such as Jin Mao Tower and Trump International Hotel & Tower and is now involved in the construction of Kingdom Tower, an expensive (provisionally $1.23bn) and hugely high tower in Saudi Arabia.

It has notched up records including:

The Burj Khalifa receives an average of 4000 visitors daily to its viewing deck. 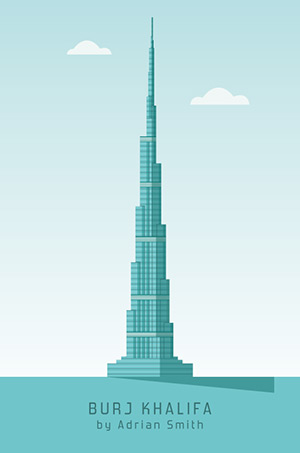 All the steel to build the Burj Khalifa would stretch from Dubai
to Melbourne
if end to end!

The 5* hotel is built on an artificial island and construction began in 1994, with the hotel opening to the public in December 1999.

Dubai’s most iconic hotel, the Burj Al Arab soars skywards like a huge sail from its private island. If you’re after glitz, bling and exceptional butler service, you won’t be disappointed. Drink Champagne on the rooftop terrace, soaking in views of the cityscape; and dine on seafood at Al Mahara, where you’ll take a simulated submarine ride into the magical aquarium restaurant.

...Burj Al Arab Jumeirah, the seventh tallest hotel in the world at 321 metres. 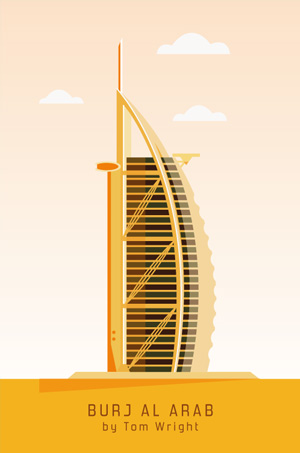 Emirates Towers were constructed in 2000 by Hazel Wong (Norr Group), a Chinese-Canadian architect known for her work in North America and the Middle-East.

The construction complex, located on the Sheik Zayed Road in Dubai, contains the Emirates Office Tower and the 5* Jumeirah at Emirates Towers hotel. The first tower rises 355 metres and the second rises 309 metres, connected by a retail boulevard.

Jumeirah at Emirates Tower hotel is one of the most stunning architectural highlights on the Dubai skyline. It has 400 luxurious rooms and suites and offers extraordinary dining and nightlife venues, a luxurious spa and incredible service. 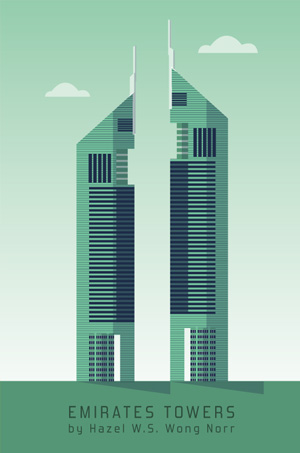 The first tower rises 355 metres and the second rises 309 metres, connected by a retail boulevard.

We hope this has given you a little inspiration for Dubai and the awe-inspiring architecture and buildings that can be seen in this outstanding destination.

Read more about our Dubai holidays