A smattering of low-slung villas and bungalows with rustic-chic interiors, the Grecotel’s design is a nod to the Sounio landscape.

The Athenian Riviera is the summer playground of in-the-know urbanites seeking a coastal getaway from the capital. Ten miles south of Athens, the city streets begin to melt into beachfront promenades. Keep following the curve of the Saronic Gulf and you’ll reach Cape Sounio, a dreamy sliver of beaches and pretty bays at the southern-most tip of Attica. Here, you’ll find the secluded Grecotel Cape Sounio – a shiny newcomer on the hotel scene.

Behind its grand colonnaded façade, expect traditional Greek interiors shot through with a cool boutique vibe, along with eye-popping views of the Temple of Poseidon – best taken in from the outdoor seawater pool. This archaeological marvel (which is just a few miles away and easily reached by car) also provides a backdrop to The Restaurant, a rooftop haunt with a Greco-French menu devised by acclaimed chef Sakis Tzannetos. That’s not the only food offering, though; there’s Asian-fusion cuisine at SO Oriental, fresh seafood atop the waterfront jetty at Yali and Greek mezze at Cape Sounio Restaurant, plus a toes-in-the-sand beach bar and fire-lit lounge bar.

The village-like retreat’s 150 bungalows and villas are scattered throughout the lavender-strewn grounds, all with glorious vistas – of sage-scented gardens from the Superior Bungalow Garden View, a tantalising glimpse of water in the Superior Bungalow Partial Sea View, and an azure sweep of the Aegean from the Deluxe Bungalow Sea View. If you're travelling with young ones, opt for a Deluxe Family Bungalow which has a private pool and two bedrooms.

On Cape Sounio, just over an hour from central Athens

• Take in the Sounio sunset with a Champagne cruise around the foot of the Temple of Poseidon* • Trek the herb-scented trails of the beautiful Sounio National Park • Take a day trip to Athens to soak up the energy of Ancient Greece* • Go swimming in the crystalline bays carving into the cape’s coastline.

Half Board from £44 • Breakfast and dinner at Cape Sounio Main Restaurant. 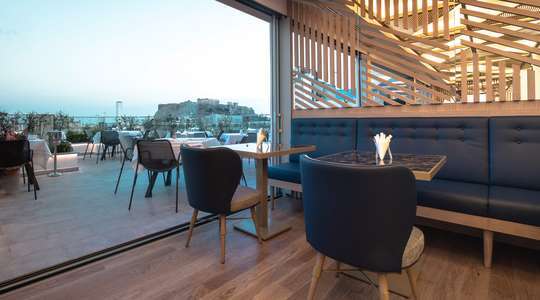 The location of Electra Athens Hotel, on shopping mecca Ermou Street, puts you right at the heart of the ancient capital. From here, you can easily discover the mighty Acropolis, transporting yourself back in time to the 5th Century BC when the temple citadel was built. En route, stumble across the Ancient Agora of Athens – once the cultural and political heart of the city – and the hillside neighbourhood of Plaka where narrow cobblestone streets are lined with candy-coloured houses, tiny shops selling local ceramics, and family-run tavernas with tables and chairs spilling out onto the pavement. You’re also close to some of the city’s best cultural offerings – the Benaki Museum and the Museum of Cycladic Art among them – plus a short hop from an emerging nightlife spot. Rooms are classic in style and rich in understated elegance – all dark wood accents, leather headboards, brass lamps and velvet mint-green armchairs. Classic Rooms come with marble bathrooms and gleaming wood floors, while Superior Rooms throw in city views for good measure. Plump for a spacious Suite, located on the top floor, for a private balcony with views of Syntagma Square and Lycabettus Hill, plus a separate bedroom and living room. If you’re all about the views, head up a floor to the rooftop Xfloor where fine dining is served with a side of Acropolis views – staggering when the sun sets and the Parthenon glows in a burnt-amber haze. This is also where a fresh Greek breakfast is served – what a way to start the day. Street-level Terra is more casual, with Mediterranean small plates and excellent wines, and you can grab a front table for prime people watching over Ermou Street. 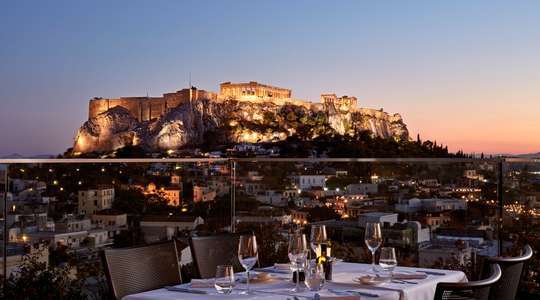 The Acropolis undoubtedly steals the limelight on the ancient Greek stage of Athens. Take a front-row seat to the action from Electra Metropolis Hotel, a brand-new bolthole with prime views of the hilltop citadel and its marble monuments. That’s the beauty of Athens: the city is a dizzying mix of history and modernity, where centuries-old landmarks rub shoulders with cutting-edge art galleries, bar terraces and emerging restaurants. The Electra Metropolis encapsulates this classic-meets-contemporary vibe right at the heart of the action, just off Syntagma Square and wedged between shopping hot spot, Ermou Street, and the upmarket Kolonaki neighbourhood with its designer boutiques and wine bars. The brainchild of famous architect Patroklos Karantinos, the striking hotel building melts into the 16th-Century Agia Dynami chapel on the ground floor, while the spa centre is carved through by parts of the Themistoclean Wall, which once wrapped around ancient Athens. Artworks are dotted throughout, from a unique silver bees painting by Greek painter Alekos Fassianos, to a composition made entirely of marble plaques. A central atrium acts as the hub of the hotel, bordered by a Mediterranean-inspired bistro, a smart lounge-bar and a holistic spa and wellness centre. From the ground floor to up high: the 10th-floor rooftop terrace, home to a Greek restaurant and a chic cocktail bar, is the hotel’s crowning glory – a perfect spot to watch the sun go out in a fiery blaze behind the Parthenon. Rooms are sleek and stylish, from Classic Rooms with wooden floors and marble bathrooms to Deluxe Rooms overlooking the cityscape. 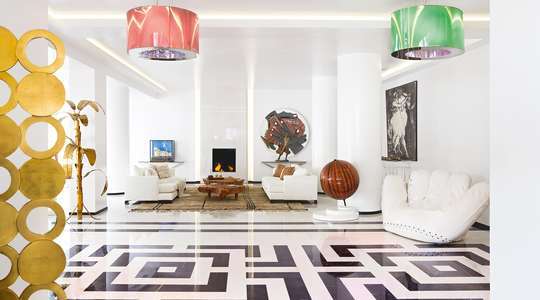 This art-rich boutique hotel is a culture-lover’s dream. Gallery-white walls showcase unique artworks by up-and-coming creatives, while graffiti-splashed rooms designed by local street artists give an edgy twist to interiors. There’s even a rotating exhibition of works by different artists – Elena Galanopoulou and Teodosio Sectio Aurea among them. Brimming with personality, rooms and suites are individually styled with quirky features – think all-white expanses broken up by bold pop art and playful sculptures (the neon-yellow pig is a standout). Pick a Superior Guestroom for statement wall murals and bespoke handcrafted furniture, or go all out with a Prestige Pallas Suite, designed like an artist’s studio with pop art from the hotel’s private collection. The art theme streams through to the restaurant, where wall-hung paintings and potted plants set the scene for vast breakfast buffets – head to the Cretan corner for traditional dakos and apaki – and Mediterranean dinners with a seafood focus. Once you’ve had your fill of food and art, head out into Athens to discover the contemporary capital of music, culture, fine cuisine and haute couture, mixed with a rich history dating back 3000 years – the Acropolis is a must-visit for its magnificent temples and artefacts; be sure to head to the museum at the foot of the ancient citadel. You’re also just a short walk from the iconic landmarks of Monastiraki, from Hadrian’s Library to the Ancient Agora, along with its artisanal flea market and traditional tavernas.