Sri Lanka is often overlooked as being simply a beach destination, but at its heart you’ll find a collection of historical and cultural wonders well worth a closer look.

Stretching between Anuradhapura, Polonnaruwa and Dambulla – and encompassing everything in between – the Cultural Triangle is a treasure trove of ruins, rocks and wildlife. Easily accessible either over land from Colombo, or via a short internal transfer with Cinnamon Air, both ancient cities – Anuradhapura and Polonnaruwa – offer a wealth of historical and religious sites, whilst the cave temples of Dambulla make up the third point of the triangle. Within the triangle you’ll also find the iconic Sigiriya Rock and the parks of Kaudulla and Minneriya, ideal spots for elephant safaris in open-topped 4x4 vehicles.

The Triangle can fit easily into a multitude of different itineraries. Whether you start off on the East coast via a Cinnamon Air flight before heading inland, or make it the start of a journey taking in as much of Sri Lanka as possible, heading south to Kandy, Nuwara Eliya, and Yala National Park. Alternatively head in to the Triangle before spending a few nights on the beautiful Southwest coast, Negombo or Bentota. 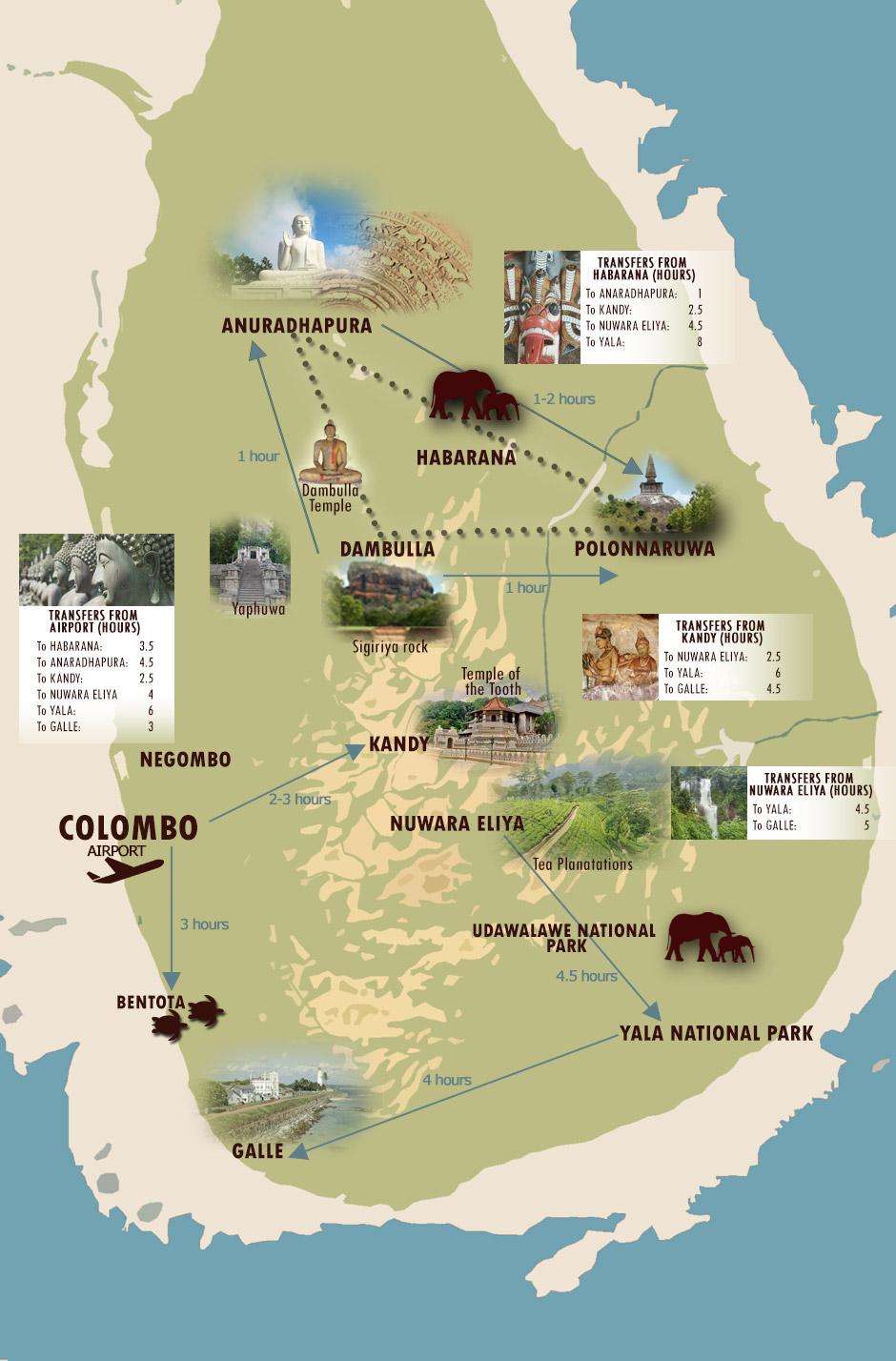 From the golden beaches that encircle the island to the multitude of flourishing National Parks, ancient ruins and colourful temples scattered throughout its jungle interior – Sri Lanka seemingly has it all.