A beginner's guide to ski

Have you ever imagined yourself rocketing down a ski slope, leaving a spray of white powdery snow behind you?

All ski holidays are provided by our partner Ski Independence.

Are you jealous when friends post endless pictures of fun winters of mulled wine and cheese in front of a heavenly mountain backdrop? Are you ready to take the leap (so to speak) and enjoy your first alpine adventure, but not know where to start? If so, then read on for our manual for your first time foray into the snow-sport world. 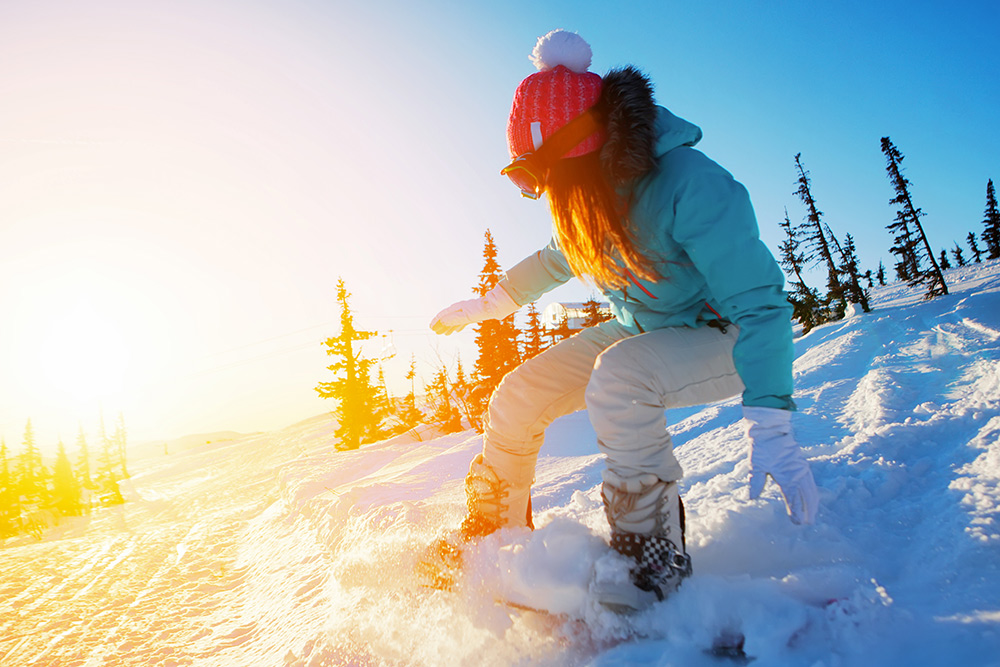 Some resorts are perfect for a novice. Knowledgeable, English speaking ski instructors; accommodation near to ski lifts; resort après ski and facilities for when you’re not on the slopes are all things you should consider.

Think about what to wear.

It’s all about layers. Wearing thick cotton or wool jumpers will be cumbersome, and eventually sweaty so try to avoid. A good thermal base and thin extra layers are the best way to keep both warm on the snow, and cool in the sun.

Make no mistake about it, skiing is a sport. And your body (especially your legs) will thank you if you exercise in the run up to your trip. There are many online guides to getting ‘ski-fit’, but even a few weeks jogging before you go will help get you ready.

Try before you fly.

There are many great indoor slopes in the UK these days, and a lesson or two before your holiday will not only show you a few basic essentials; but also prepare you for the feeling of being on skis - as well as the dreaded button lift!

There are 3 essentials you will need to get on the mountain; a lift pass, lessons, and equipment. Arranging, paying and queuing for these things on day one however, can be a frustrating experience that can be made easier by booking before you go. 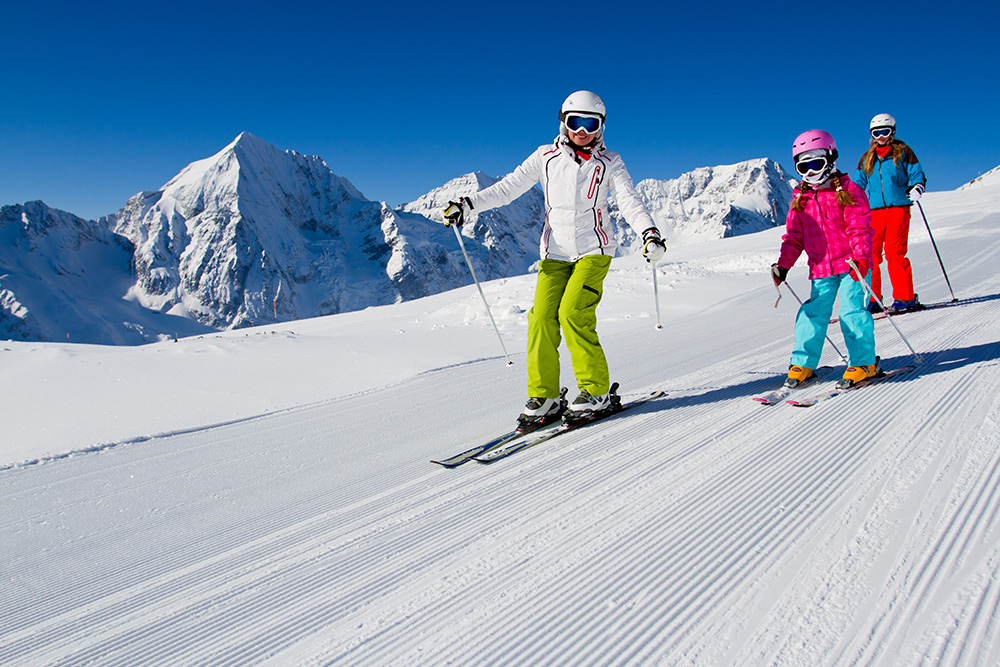 Ok, so you’ve picked an incredible hotel, in the perfect resort, and booked your ultimate holiday in the snow. So when that time comes around, what on earth do you need to put into your luggage? Fear not, we’ve put together a handy checklist to winter proof your packing.

• Gloves – Make sure they are water-proof.
• Helmet – Protection is paramount so keep safe. You can hire these with your equipment.
• Socks – Thermal ski socks will keep the toes toasty – but never wear 2 pairs.
• Footwear – Resorts will be either slushy or icy – make share you’ve got some good boots.
• Eyewear – ‘Sunglasses for sun, goggles for cloud’ is a good rule of thumb to go by.
• Hat/scarf – You’ll thank us on those cold walks back to the hotel.
• Sun cream – The sun shines hard on those mountain tops, protect your skin.
• Swimwear – There’s nothing like a Jacuzzi after a long day on the piste 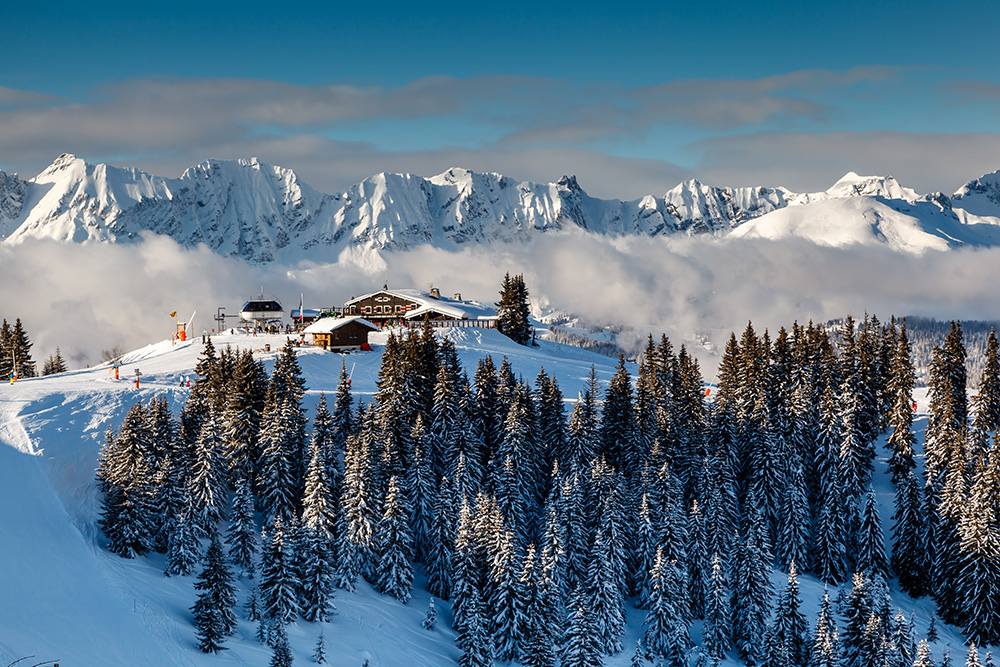 Everyone you know who’s skied will have their own opinions and thoughts that they will no doubt offer you, but perhaps take some of them with a pinch of salt…

By no means the most comfortable of footwear, ski boots do have a reputation that precedes them. To be effective, boots need to be tight and secure around the ankle and heel and after a few hours, you will want them off your feet, but they shouldn’t necessarily hurt. Make sure you speak to the boot fitter and tell them if you’re experiencing pain.

Skiers and boarders hate each other

When the snowboard first appeared on the slopes in the seventies, ski purists were not initially receptive to this new invention, or the alternative counter-culture its riders favoured. But times have changed, and not only have the two disciplines shared ideas and styles over the years, many skiers are now boarders also!

Skiing is for the rich

This is a reason many give when asked why they’ve never tried skiing. Of course, buying designer ski clothes, staying a 5* chalet, and hiring the very best skis will rack up quite a bill, but it doesn’t have to be this way. In fact, a ski holiday can be better value than you think. Also, borrowing ski-clothes and arranging everything in advance will save you money too.

I’m too old to learn to ski

Residents of many French Alpine towns may have been skiing since they were 2, but it doesn’t mean it’s too late to try. Whether 8 or 80, you’ll be welcomed into ski-school. And as long as you’re reasonably fit, listen to the instructor, and willing to learn, you’ll pick it up in no time. If it’s not for you, why not swap the skis for a board and give shredding a go!

The fear of the mountain is enough to stop many people from learning to ski. However, thanks to improvements in equipment safety and higher quality instruction, injuries on the mountain are increasingly rare these days. Hire from a reputable shop, wear a helmet, and listen to everything your instructor tells you, and you’ll have a great (and safe) time. 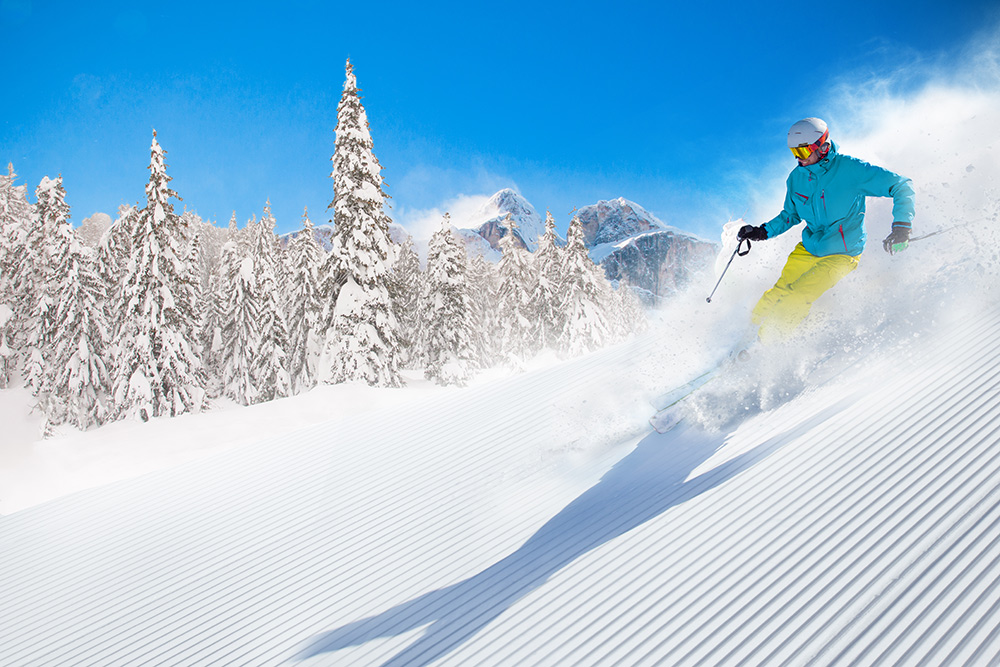 So are you ready for a new challenge? Kuoni have dedicated ski experts that can help you find your perfect winter adventure.