There are certain images that are conjoured while thinking of India. Mumbai's skyline, the Taj Mahal, Bengal tigers and the spectcular forts of Rajasthan are just a few that might spring to mind. This extensive suggested itinerary takes in all of India's icons in the space of just under three weeks, travelling from the vast city of Mumbai and central India's wildlife-rich parks to the state of Rajashtan and the cities of the Golden Triangle.

This is a private itinerary including a car and driver and local English-speaking tour guides for sightseeing. The itinerary is completely flexible, so you can choose your own number of nights, change accommodation, add excursions and extend your holiday.

MUMBAI Formerly known as Bombay, Mumbai is located on the Arabian Sea coast and is the most populous of India’s cities. During your time here you’ll visit Rudyard Kipling’s birthplace, the J. J. School of Art campus, as well as many others of the city’s most famous sights including the Prince of Wales Museum and the simple Mani Bhawan where Mahatma Gandhi stayed when he was in Mumbai. For a unique experience and a glimpse into what makes this city tick, you'll be rising early for the Mumbai by Dawn tour.

PENCH Fly to the heart of India, home to its best national parks and continue by road to Pench. Less frequently visited than some of India’s other parks, Pench supports a rich and diverse array of wildlife. Enjoy morning and afternoon game drives in search of the elusive tiger. Notoriously hard to find, the presence of these magnificent beasts may be revealed by a paw print in the dust or the cry of deer.

KANHA Famously the inspiration for The Jungle Book, Kanha is one of the best places in India to see tigers in the wild. Experience the thrill of searching for tigers during morning and afternoon game drives in the park and if you’re lucky then you may spot a real-life Shere Khan! The park’s bamboo forests, grassy meadows and ravines are home to diverse wildlife.

BANDHAVGARH This relatively small park and former hunting preserve of the Maharajas has the highest density of Royal Bengal tigers in the world as well as a host of other species. Explore the park during morning and afternoon game drives, traversing great rocky hills, deciduous forests, marshes and meadows on the lookout for wildlife.

KHAJURAHO Your time in search of tigers will come to an end as you head to Khajuraho to explore its UNESCO-listed temples which date back to 950 AD and rank amongst the most important archaeological sites in India.

AGRA Travel to Agra by a combination of road and rail. During your time in Agra rise early for a visit to the spectacular Taj Mahal, one of the finest monuments in the world, and see the colours of the marble change as the sun rises. You’ll also visit the impressive 16th-Century red stone Agra Fort, home to the fairytale Jahangir Palace. Your full day in the city will end as you watch the sun set over the Taj Majal from the opposite bank of the Yamuna River.

JAIPUR On your way to Jaipur, stop at Fatehpur Sikri, a deserted city once the ancient capital of the Mughals. Continue to the current capital of Rajasthan, the ‘pink city’ of Jaipur, which has so much to offer, from its magical forts to tangled bazaars. You’ll get to uncover its enchanting sights on a full day city tour. A highlight here is Amber Fort – with views over the city, this 16th Century UNESCO World Heritage site is Jaipur’s star attraction. You can also spend an afternoon exploring the City Palace, a complex of exquisite gardens and courtyards, outstanding art and spectacular palaces. If you’re passionate about astronomy, a visit to the impressive astronomical observatory, Jantar Mantar, will be a real treat.

JODPHUR The 'blue city' of Jodphur is the second largest city in Rajasthan. It got its nickname thanks to the its many painted houses and it is overlooked by the awe-inspiring Mehrangarh Fort. During your time here you'll visit the fort and explore the palaces and the museums within its walls. The views over the city from the fort are almost worth the visit alone. From here, travel north to Jaswant Thada, a late 19th-Century cenotaph that Maharaja Sir Sardar Singh Bahadur built in memory of his father.

UDAIPUR Continue to the romantic lake-side city of Udaipur via the spectacular marble Ranakpur Jain Temples. Udaipur itself lies on the southern side of the Aravalli Hill range. There’s a real old-heritage charm to this timeless city, and while here, you'll enjoy the beautiful architecture of the towering City Palace, and a late-afternoon boating trip on Udaipur’s stunning Lake Pichola.

DELHI Fly to India’s bustling metropolitan capital, where you’ll divide your time between the contrasting Old and New Delhi quarters. In Old Delhi, visit fantastic landmarks including the historic Red Fort, the Chandni Chowk bazaar and the resplendent Jama Masjid, the biggest mosque in India. In New Delhi, you’ll drive past the Presidential Palace, India Gate and the Parliament house and visit Qutab Minar and Humayun’s Tomb.

This is an all-encompassing tour that takes in all of India's icons from its wildlife to its grand monuments. To make your journey that little bit more special, we recommend staying in Oberoi Hotels and Resorts’ incredibly luxurious retreats in cities such as Delhi, Jaipur, and Agra. Perhaps upgrade to stay at the Taj Lake Palace in Udaipur, a hotel which seems to float in the centre of Lake Pichola. In the parks of central India, the Taj hotels provide a one-of-a-kind experience, particularly in Banhavgarh and the tented camp in Kanha.

This is a very full on itinerary with some long drives as you travel between the national parks. So, if you want to extend your time in India, you could check out one of Goa's gorgeous beach resorts or Kerala's authentic lakeside retreats such as the Kumarakom Lake Resort or the exquisite Coconut Lagoon so you can enjoy a few days relaxation before heading home.

To start creating your own India adventure, contact one of our Personal Travel Experts or pop into one of our stores and enjoy a glass of Champagne as you plan your holiday. 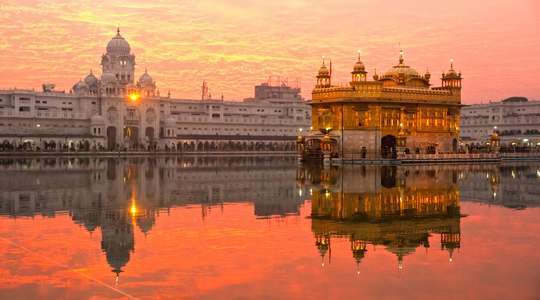 Foothills of the Himalaya – Suggested itinerary

Foothills of the Himalaya – Suggested itinerary

This Himalayan holiday is part-spiritual adventure and part-celebration of the world’s highest mountain range. Start in the holy city of Amritsar, before heading for the hills where you can learn about Tibetan culture in Dharamshala and see the British influence in charming Shimla.

Delve into the colourful culture and iconic sights of India’s famous Golden Triangle, including the majestic Taj Mahal, bustling Delhi and terracotta-tinged Jaipur before exploring the Himalayas’ charismatic mountain regions with hill stations and toy trains. 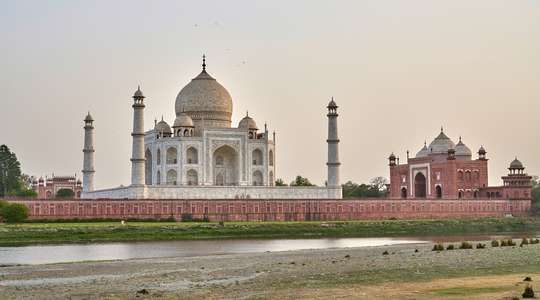 This is the first-timer’s guide to India, the must-see trilogy of Delhi, the Taj Mahal and terracotta-tinged Jaipur. There are plenty of ways to make this itinerary your own with amazing hotels to choose from and options to add on and extend that are almost limitless – like tiger safaris, golden beaches and extra city breaks. 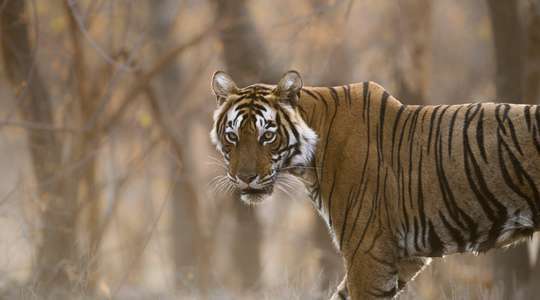 Step aboard the Maharajas’ Express for a luxurious rail odyssey. Enjoy traditional hospitality, opulent comfort and fine dining as you journey from bustling Delhi to sacred Varanasi via Agra's Taj Mahal and the temples of Khajuraho. 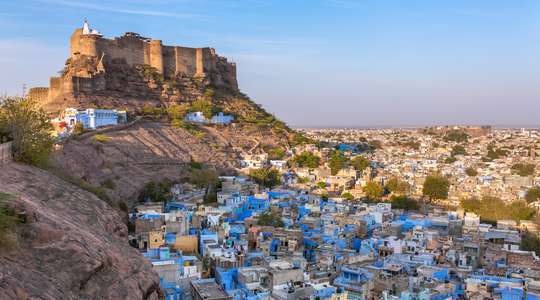 See India’s fairytale book pages come to life on this 11-night suggested itinerary. See the Taj Mahal before heading deeper into royal Rajasthan to see what life was like in the days of maharajas. Linger in imposing palaces and forts as you stay in elegant Udaipur and blue-hued Jodhpur before returning to Delhi. 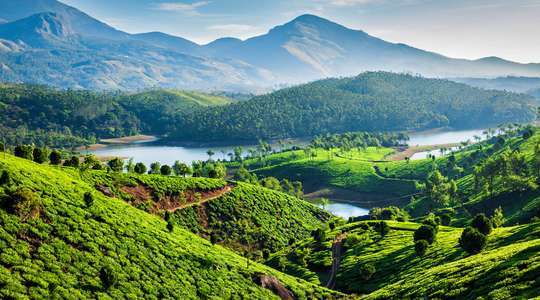 Combine the classic northern sights of cities and palaces with the southern tropics on this holiday of contrasts. Get caught up in the buzz of Delhi and visit the Taj Mahal before slowing down the pace with time to relax in tea-scented hills and pretty backwaters. 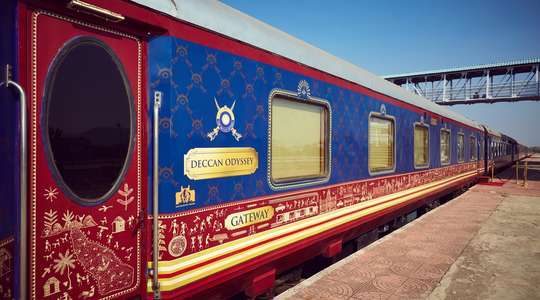 Travel across India from Delhi to Mumbai in style on board the Deccan Odyssey, witnessing architectural masterpieces, tracking wildlife and exploring vibrant cities. This is the perfect way to see India in style, forgoing the long car journeys for a true bucket list experience.

Travel across India in style on board the luxurious Deccan Odyssey, witnessing architectural masterpieces, tracking wildlife and exploring vibrant cities. This is the perfect way to see India in style, forgoing the long road journeys for a true bucket list experience. 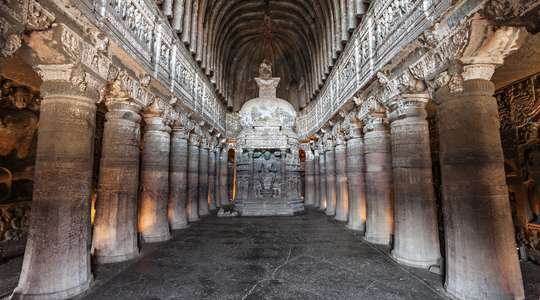 Buzzing cities, elusive tigers, ancient archaeological sites and breathtaking natural beauty await on this incredible journey around Central India. Travel in style on the Deccan Odyssey through Maharashtra for a once in a lifetime experience, you'll never forget. 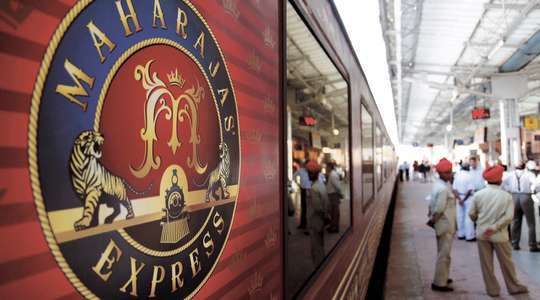 Experience the elegance and charm of a bygone era whilst travelling through India in style on board the luxurious Maharajas’ Express. Enjoy traditional hospitality, opulent comfort and fine dining as you journey from Mumbai to Delhi, discovering captivating cities and UNESCO sites. 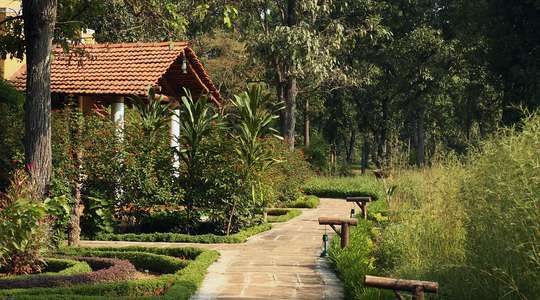 If you’ve always dreamed of seeing a tiger in the wild or you’ve been inspired by Rudyard Kipling’s wild tales of the jungle, choose this ultimate wildlife itinerary. Visit lesser known national parks for a more intimate wildlife experience and tick off some of India's icons such as the Taj Mahal, Marine Drive in Mumbai and Humayun's Tomb, a UNESCO World Heritage Site. 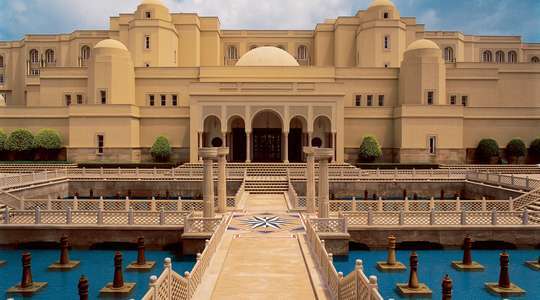 On this luxurious private journey, discover the imperial monuments of bustling Delhi, the royal palaces of the ‘Pink City’ of Jaipur and the breathtaking majesty of the Taj Mahal, all whilst experiencing the exceptional facilities and world-class service of opulent Oberoi hotels. 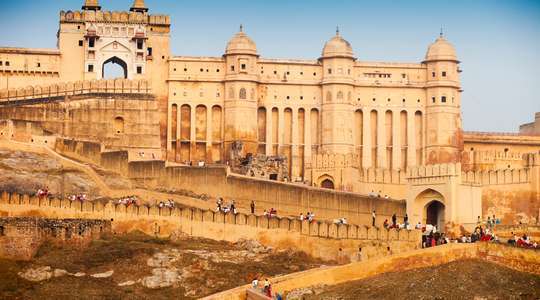 Embark on a journey of discovery to India’s iconic Golden Triangle with it's world-famous monuments and temples and the incredible cities of Khajuraho and Varanasi for a true insight into the culture and customs in this region of India.

Take a journey around India’s iconic Golden Triangle to witness highlights such as the Taj Mahal and the "Pink City" of Jaipur, into beautiful Ranthambore National Park, one of India's most iconic parks and now a centre of conservation. Perfect for first-time visitors to India who want to tick off those bucket list experiences. 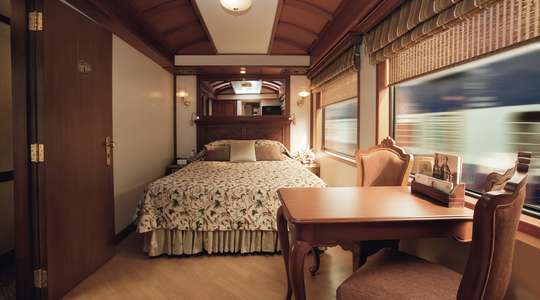 Step aboard India’s most luxurious train and enjoy a blend of classic quality and the engineered sophistication of the contemporary age. Journey from Delhi to Jaipur, discovering the spellbinding Taj Mahal, magnificent Amber and Agra Forts, and incredible wildlife in Ranthambore National Park.