Jewels Of The Nile

This short introductory cruise on the River Nile includes ancient landmarks that line the riverbanks from Luxor to Aswan, including a few days in Cairo covering sights like the Pyramids of Giza.

Day 1 UK to Cairo
Depart the UK for your flight to Cairo. On arrival, check in to your hotel by the Pyramids of Giza and spend your free time relaxing or exploring the city. Stay: Le Meridien Pyramids Hotel & Spa (or similar).

Day 2 Cairo
Egypt’s capital, Cairo, combines a rich tapestry of ancient relics and world-famous monuments with a fast-paced urban lifestyle. Visit the spectacular Great Pyramids of Giza and the Great Sphinx and see historic gems at the Museum of Egyptian Antiquities. Afterwards, make use of your free time to get lost in the whirl of colour, sights and scents of the local markets; eat Egyptian street food like shawarma or soft simit bread; head to the citadel for far-reaching views of the city below; or retreat to your hotel for some pre-cruise downtime. Stay: Le Meridien Pyramids Hotel & Spa (or similar). B.

Day 3 Cairo
Start your day with a visit to Memphis and Sakkara to see a statue of Pharaoh Ramses II and early pyramid prototypes that pre-date the more famous ones at Giza. The rest of your day is free to wander around Cairo or make use of your hotel’s facilities, like the swimming pool with a backdrop of the pyramids. Stay: Le Meridien Pyramids Hotel & Spa (or similar). B.

Day 4 Cairo to Luxor
Depart your Cairo hotel and transfer to the airport for your flight to Luxor. Here you’ll board the Mövenpick MS Sunray, your home for the next seven nights. The ship will spend the night docked in Luxor, ready for the next day of sightseeing. B, L, D.

Day 5 Luxor
An early start begins with breakfast on board. Head to the East Bank of the river to see the temples of Karnak and Luxor. These incredible structures were built in honour of the Egyptian sun god, Amun Ra. Take a walk through the majestic hypostyle hall with its magnificently painted pillars. Return to the ship for lunch, afternoon tea and dinner. B, L D.

Day 6 Luxor to Edfu
It’s another early start this morning as you pay a visit to the isolated Valley of the Kings on the West Bank of the Nile. Here you’ll see a selection of elaborate tombs housing the remains of the elite of Egypt’s New Kingdom (16th-10th Century BC). Pharaohs such as Tutankhamun, Seti I and Ramses II were laid to rest in underground tombs that would have been filled with material goods such as furniture, clothes and various treasures that they wished to take with them to the next world. Continue on to the Valley of the Queens, which is where the wives and children of pharaohs, high priests and other people of importance were entombed. Make a stop at the Temple of Hatshepsut, Egypt’s only female pharaoh who was nearly written out of existence after her reign. This afternoon, spend your time at leisure and relax on board as the ship continues south towards Edfu. B, L D.

Day 7 Edfu to Aswan
Continue sailing south to Aswan via Kom Ombo. This evening, there’s a traditional Galabeya party where entertainers and staff wear traditional kaftans. Your ship will dock overnight in Aswan. B, L, D.

Day 8 Aswan
After breakfast visit the famous High Dam, a feat of engineering that was built to provide electricity and water for irrigation for rural areas of Egypt. Continue on to an ancient quarry where you will see the unfinished obelisk which was broken while being carved, and then the Philae Temple which is located on a small island. After lunch take a leisurely felucca cruise around Kitchener Island before visiting a museum dedicated to Nubian culture, and watch a Nubian show on board later this evening. B, L, D.

Day 9 Aswan
Today is free for you to explore Aswan. The city is beautifully set on the East Bank of the Nile and the skyline is dominated by the striking Aga Khan’s Mausoleum. You’ll have the chance today to take an optional excursion to Abu Simbel (at extra cost). These massive rock temples were originally carved into the mountainside as a monument to Ramses II and Nefertari and their family, but was completely relocated to avoid flooding when the Aswan Dam was built. B, L, D.

Day 10 Aswan to Luxor
The Mövenpick MS Sunray will set sail north on its return to Luxor, stopping at the Kom Ombo Temple on the way. This double temple is perfectly symmetrical and was built during the Ptolemaic dynasty (4th-1st Century BC). The two temples are dedicated to the Egyptian gods Sobek, the crocodile god, and Horus, the falcon god. Later, afternoon tea will be served on board. Watch the sights of the Nile pass by, and soak up the sun from the Sun Deck. This evening, join in with the Galabeya party on board. B, L, D.

Day 11 Luxor
Disembark after breakfast and transfer to the airport for your flight to the UK, or stay longer on Egypt’s golden beaches. B.

2020 departures
All departures in 2020 will include a pre-cruise stay in Cairo with 3 nights on a half-board basis at Le Meridien Pyramids Hotel & Spa. You'll stay close enough to see the Pyramids from your hotel, and you'll have two full days of sightseeing which include the Pyramids of Giza, Memphis and Sakkara, the Egyptian Museum, Cairo Citadel, Khan el Khalili Bazaar and the evening sound and light show around the Pyramids.

Mövenpick
Mövenpick’s fleet of ships was made for cruising this great river. Life onboard combines Mövenpick’s Swiss service with local culture, where evenings often feature traditional Egyptian-inspired entertainment. Take in the passing views from your cabin’s window and sail along the famous river banks on a journey that takes you right up to some of Ancient Egypt’s most legendary sites.

The elegant Mövenpick MS Sunray has 66 spacious cabins and suites. All are traditionally styled and have air-conditioning, twin beds or a king-size bed, a private en suite and a window for Nile views. There’s a pool on the Sun Deck – the ideal spot for a drink to accompany the views. The Main Restaurant serves a themed buffet each night and evening entertainment of music and dancing can be found at the sophisticated Lounge Bar. There’s a reading area where you can take time out with a good book. Lower deck cabins have two sealed marine windows, while all other cabins and suites have panoramic windows to take in the Nile views from the comfort of your room.

Our suggested stateroom: We’ve chosen Standard Cabins on the Main Deck so you’re close to the action. These cabins have a large bed and panoramic windows, as well as air-conditioning, an en suite with bath and a flat-screen TV.

• Suitable for children over 12 years old. As this is a Kuoni recommended age, we cannot guarantee that there will not be any younger children on board
• Journey times do not take into account stops of local traffic conditions
• We recommend travelling with no more than one suitcase and one day bag
• A good level of fitness is required
• Itineraries are subject to change.

• Clothes should cover legs and shoulders when in places of worship.

This itinerary covers Egypt’s main bucket-list sites, but you can also add on more time in Cairo or a seaside break on the Red Sea in Hurghada.

Find a Cruise expert Find a store Make an enquiry

Our featured itineraries have been handpicked by our cruise experts to showcase how you can tailor your own stay and cruise holiday. While the cruise portion of your holiday is set by the cruise lines, the land-based section of your holiday – whether it’s before or after your voyage, or even both – is fully flexible. This means you can choose the airport you fly from and airline you fly with, where you stay, for how long and the adventures you will have while you are there. These featured holidays have been curated using our extensive cruise and destination knowledge, however almost any itinerary can be crafted – just speak to one of our Personal Travel Experts. 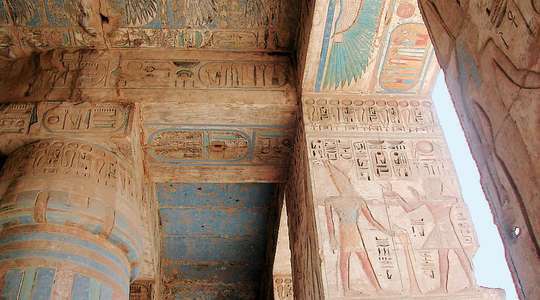 This river cruise is perfect for those who are looking for an in-depth exploration of the sights that line the River Nile. You’ll cruise a distance of 410 miles between Aswan and Cairo, including a stretch of the river that’s only been reopened for a few years. Sailing on a beautiful Moroccan-style ship, you’ll also spend two nights on board in Aswan, Luxor and Cairo for more sightseeing time in each city. 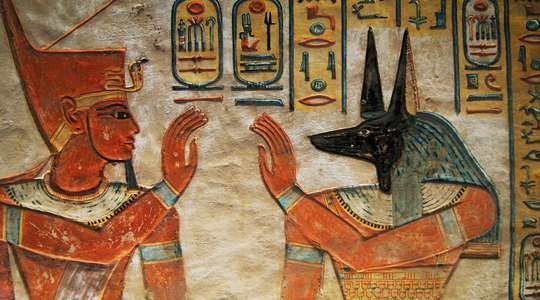 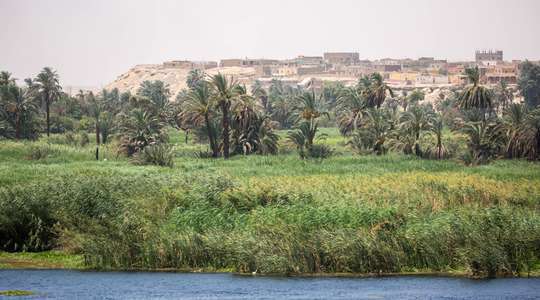 This Mövenpick cruise is perfect for those who are looking for a more in-depth exploration of the sights that line the River Nile. You'll travel a distance of 546 miles all the way from Cairo to Aswan on the Nile, including travelling down a stretch of the river that's only been reopened for a few years.

Enjoy a captivating voyage into the once-forgotten quarter of the majestic Nile to uncover an ancient world of rarely visited sites and secrets aboard the elegant Mövenpick MS Darakum. Cruising from magnificent Cairo to the ancient city of Luxor, discover the iconic sights of Egypt on this fascinating cruise.