See the best of the Rocky Mountains on this seven night journey from Calgary to Vancouver, travelling on sections of VIA Rail’s epic The Canadian route.

Rockies Rail Adventure is a rail journey, primarily using VIA Rail's The Canadian service. The journey will be escorted by a local guide on sightseeing excursions only. This is an independent journey and no Kuoni representative will be available. Transfers are not included so upon arrival at each destination you will be required to make your own way to your hotel and you will also be required to independently reconfirm any arrangements locally.

calgary to Banff Begin your holiday with a night in Calgary, which acts as a gateway to the Rocky Mountains. From here, head up by road into the foothills of the Rockies, and onwards into the mountains. Spend two nights in the town of Banff which sits in the spectacular Banff National Park. A sightseeing tour is included during your time here, during which you’ll visit Lake Minnewanka and Sulphur Mountain.

Jasper Continue on to Jasper via the Icefields Parkway, one of the world’s most scenic drives. En route, a tour on to the Athabasca Glacier on board the Ice Explorer is included.

VIA Rail to Vancouver The following day you’ll board VIA Rail’s The Canadian train for an overnight rail journey in sleeper or touring class into Vancouver. Make the most of the views as you pass through the Rockies and the Coastal Mountains. In Vancouver a hop-on hop-off trolley tour is included, allowing you to explore the city at your own pace, choosing the attractions you wish to visit (entrance fees not included).

Whistler and Vancouver Island Follow the Sea-to-Sky highway as you transfer to Whistler. You’ll have free time to explore the bustling town and surrounding mountains. From Whistler enjoy a scenic floatplane trip to Victoria, where you’ll visit the famous Butchart Gardens. Return to Vancouver on a scenic ferry trip.

You can tailor make your own rail journey around Canada, choosing your number of nights, where you stay, and even adding excursions. Or combine your journey with a stay at any of our city, beach or resort hotels in USA or Canada. 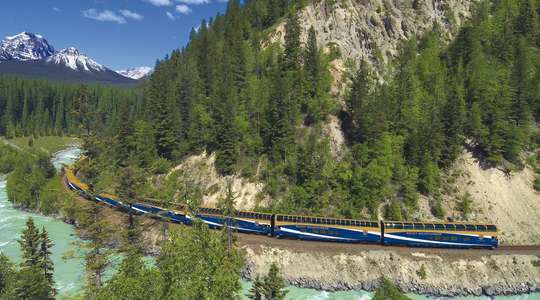 The First Passage to the West route features two enthralling full days on board the Rocky Mountaineer to Lake Louise or onward to Banff, with an overnight stop in Kamloops. 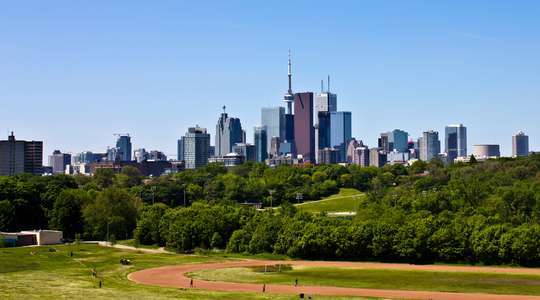 Rich in European architecture and striking natural phenomena, you've made it to eastern Canada. A mix of English and French cultures, indulge in all the elegance this romantic journey has to offer. From the sweeping skylines of Toronto to the thundering thrills of Niagara Falls, you'll be equally inspired by both the natural elements and urban areas of this striking part of the world. Along the way you'll stay at the best hotels, including the Fairmont Château Laurier in Ottawa and Fairmont Le Château Frontenac in Quebec City, both praised for their decadent décor and prime locations. 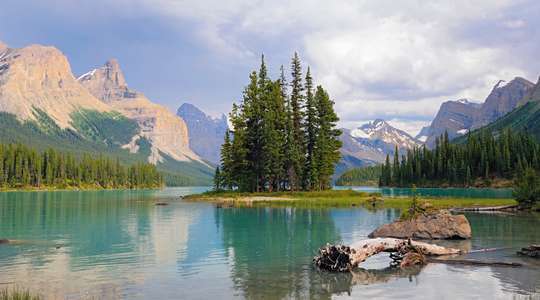 Take in the majesty of the Rocky Mountains as you travel in luxurious comfort to the most dazzling national parks, glaciers and historic villages of Western Canada. Savour delicious local cuisine in trendy Vancouver and meet passionate Local Experts, as you discover Mother Nature’s bounties from the Rockies to the waters of Alaska. 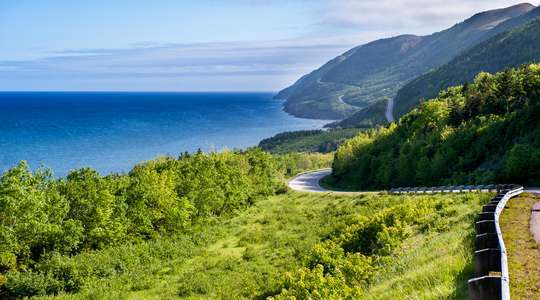 A mix of colourful harbours and sweeping coastlines, this nautical trip allows you to recharge by the sea as you take in some of Canada's iconic maritime history. From learning about the tradition of fabric milling in Baddeck to discovering the picturesque village of Peggy's Cove, you'll have plenty of time to relax and take in the sea air, as you make your way through Canada’s Eastern Maritime provinces.

Eastern Canada is home to some spectacular national, provincial and regional parks as well as some of the world’s most vibrant and diverse cities. 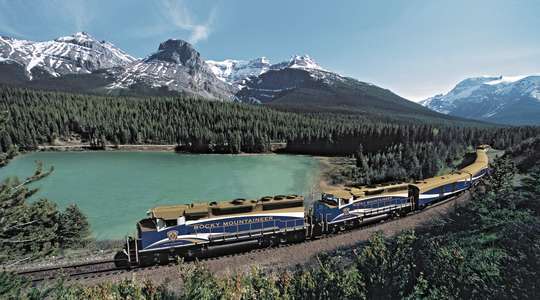 This epic cross-country journey takes you through the provinces of Ontario, Manitoba, Saskatchewan, Alberta and British Columbia as you make your way from Toronto to Vancouver.

This Western Canada self-drive is short but sweet. Set off from Calgary, head up into the Rocky Mountains and explore two of Canada’s most famous national parks – Banff and Jasper. Spend a night in Sun Peaks before dipping down to sea level and spending a couple of nights in Vancouver. 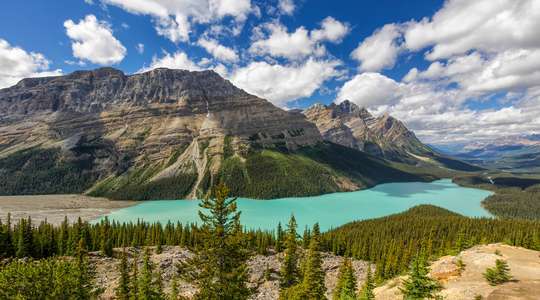 An adventure packed self-drive encompassing the mesmerising scenery and famous highlights of the Rocky Mountains with a chance to stay in world class resorts and the principle cities of Calgary, Vancouver and Victoria. An optional activity package is available to pre-book to enhance your stay. 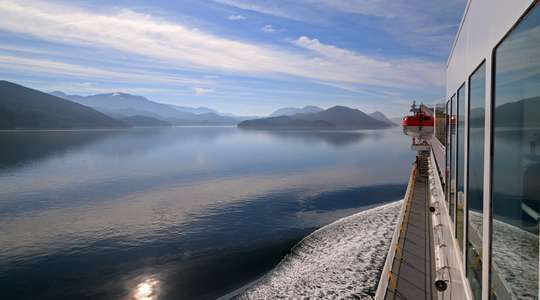 This 12-night itinerary takes you around British Columbia and over into Alberta’s famous mountain parks of Banff and Jasper by train, sightseeing road transfer, ferry and plane. 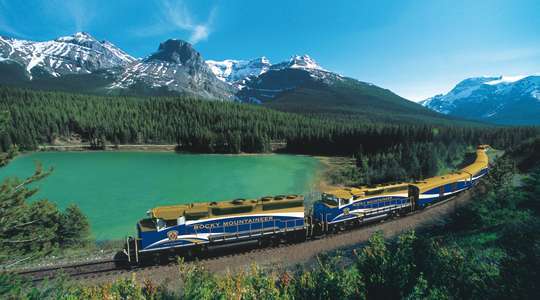 Rocky Mountaineer's Rainforest to Gold Rush route features two full days on board as you travel from Vancouver to Jasper, with overnight stops in the mountain resort of Whistler and the small riverside city of Quesnel. 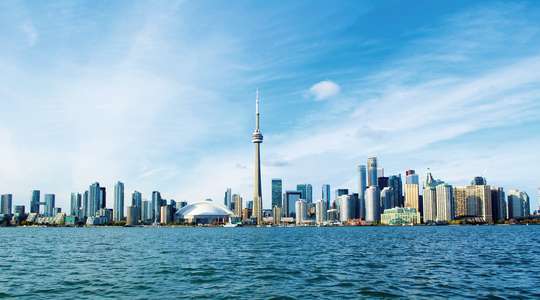 Tour Eastern Canada’s cities on this nine-night itinerary starting in Toronto. Travel by Canada’s efficient VIA Rail on The Corridor route to Ottawa, Québec City and Montréal back to Toronto with included hop-on hop-off tours in each city and a full-day trip to Niagara Falls. 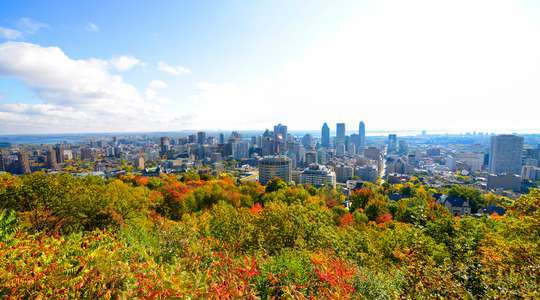 This round-trip journey from Toronto takes in the highlights of the eastern provinces of Ontario and Québec including multi-cultural cities and natural wonders. 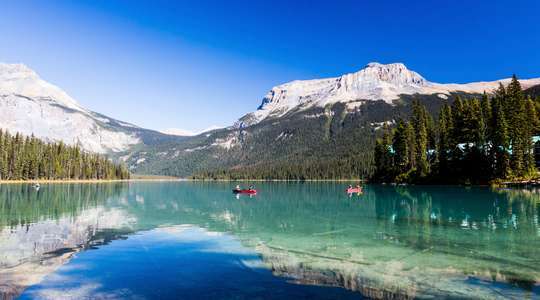 Perfect if you want to explore the mountains in more depth, this self-drive takes you into the Kootenay Rockies. Cross mountain passes, explore lesser-visited national parks and relax in hot spring towns. 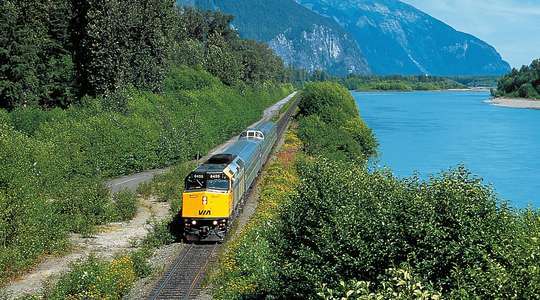