Visited this hotel as part of a longer tour and a larger group. Stayed for one night. Nice room, good choice of food types, very clean, good facilities, good staff and well run. Grounds are lovely - pool great. Didn’t really spend enough time to get to know it but very happy.

grand hotel in the capitol of Sri Lanka

A good hotel in a convenient place , centre of Colombo. I had to attend an Exhibition at SLCC and it was almost a walking distance. The rooms are well maintained, service with smile by the staff, quality of the food was very nice, They serve rice vermicelli and fresh coconut milk that I enjoyed very much. Being a vegetarian, I had apprehension about the choice. But, they prepared good veg stuff and I have no regrets. The lake side bar was serving nice cocktails and Indian dinner. Over all a good hotel.

Luxury Hotel with Classy Location, Fantastic Rooms, Delicious Food and Great Hospitality!! Highly Recommended and do not miss this opportunity to stay if you are in Colombo. Fantastic Staff and Warm Welcome all over the Hotel!! Regards Jayesh 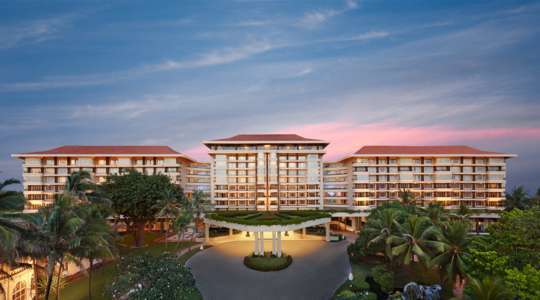 This stylish city hotel sits in sprawling landscaped gardens in the heart of Sri Lanka's capital. It boasts a fantastic range of facilities and is within easy reach of the famous Galle Face seafront. 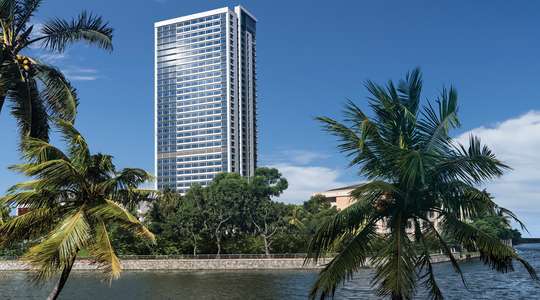 Part of a rapidly developing commercial area, this luxury hotel sits just a stone’s throw from the Indian Ocean and overlooks the urban park of Galle Face Green. The style of the hotel is typical of the Shangri-La character; think modern yet elegant décor that pays respect to the hotel’s setting. Water lilies, the national flower of Sri Lanka, are used throughout the interiors and the real stand-out pieces are the floral-shaped chandeliers that wouldn’t look out of place in a palace. No Shangri-La hotel would be complete without a tranquil CHI, The Spa, a staple of the brand. Again, the hotel has used influences from the island with a selection of traditional local treatments offered alongside Asian therapies. The restaurants have already become some of the most respected in the city with two of the three dining options already appearing in the top 20 Colombo on tripadvisor. The Shang Palace is the hotel’s signature restaurant and it is gaining a reputation as one of the best Chinese restaurants in the capital. There’s also a retro-style grill restaurant and Kaema Sutra, a Sri Lankan restaurant that is overseen by one of the country’s most famous chefs, Dharshan Munidasa. The contemporary and sophisticated style extends to the rooms and suites. It’s all about sleek lines, muted tones and light flooding in through the floor-to-ceiling windows. You can opt for a room that overlooks the lake and city skyline to the rear of the hotel or over the green towards the sea. If you would like a little outside space, opt for a Premier Balcony Room which have city and lake views. For extra benefits such as access to an exclusive lounge where a variety of drinks and refreshments are served throughout the day, choose one of the Horizon Club rooms or an Executive Suite. 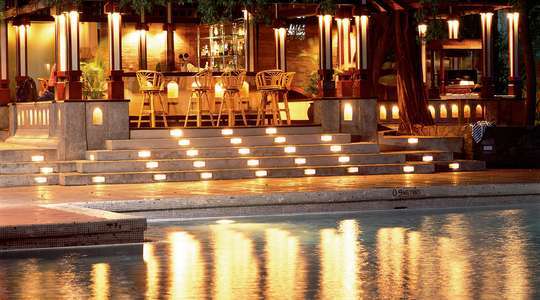 An elegant oasis in the midst of bustling Colombo, this hotel is known for impeccable service and extensive facilities.