Singer, songwriter and mum of five boys, Sophie Ellis-Bextor, has been keeping us entertained through lockdown with her live-streamed kitchen discos. Here, Sophie talks family adventures and holidays to look forward to with Family Traveller editor Jane Anderson.

When it comes to travelling en masse, Sophie Ellis-Bextor has a head start on everyone. She is mum to five boys and has an enthusiastic extended family, often keen to accompany them. As a child, her grandparents’ modest mobile home in the South of France in the little town of Sainte-Maxime was a regular favourite, along with the Cornish hideaways of Fowey and Polruan. Memorable one-offs included a trip to Berlin as the wall was falling, some 30 years ago when Sophie was just 10, and a Christmas spent at Universal Studios in Florida with her dad. But it’s Italy that has continued to capture Sophie’s imagination. It’s where she got married and now plans to buy a holiday home. 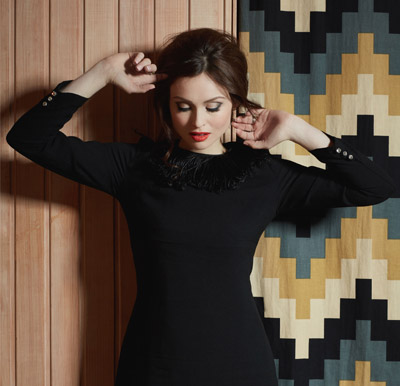 “Italy has always been a place I’ve returned to. I first went when I was 14 to a place called Santa Maria di Castellabate, just south of the Amalfi Coast. I love it because it’s very authentic with loads of Italians on holiday. It’s very much inflatables, buckets and spades and pasta! It really is the perfect family holiday. My husband Richard and I went again with Sonny (now 15) who was a baby then, along with my mum and my stepdad, my brother and his mate, my sister and her mate, for a two-week holiday. We went again when my mum turned 60 with about 12 of us. We stay at a hotel right on the beach. At the nearby beach café everything is cooked fresh and it’s the best penne pomadoro or spaghetti arrabiata. The last time we went, the café owners produced this tablecloth from the back room that Sonny had drawn all over when he was four. They had kept it for 10 years! It set the bar pretty high.

“When I go on holiday I don’t want to have to deal with lots of faffing about. I like to be able to walk everywhere and your only big decision of the day is what you’re going to eat for supper. That’s what a holiday means to me. We mainly go to Europe because I don’t get very long holidays. Usually a week is the longest, so I don’t want to spend loads of it travelling. I love getting on a plane in the morning and by lunchtime being somewhere else. In the evening, when you’re warm and eating pizza – you can’t believe you were in your kitchen that morning! 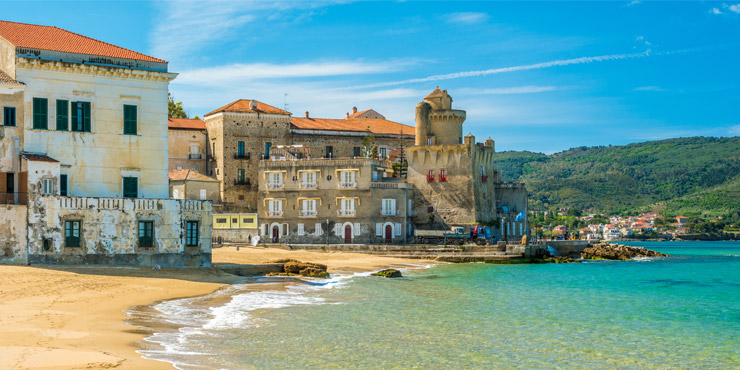 “We have been long-haul with the children. Mexico is one holiday that the kids still talk about. We stayed in an all-inclusive hotel not far from Cancun. We’d never been in an all-inclusive before and I was always a bit wary about them, as you might feel a bit trapped. But this one was great as you could get out and about really easily and it was close to a little seaside town. We had loads of little adventures. We went to Tulum and a theme park with some Mexican culture. One day we just took Sonny (then 12) zip-lining which was really fun. It was a treat getting back after a long day out, when everyone was starving, and going to the buffet restaurant and being able to eat immediately. I think this was in our top three holidays.

“We also went to the Caribbean island of Antigua about six years ago when Ray was a toddler. We stayed at St James’s Club & Villas where the shallow sandy cove was incredible and worked perfectly. Ray would sit with me on the beach and Kit and Sonny could put their floaty vests on and go and play in the sea where we could see them. 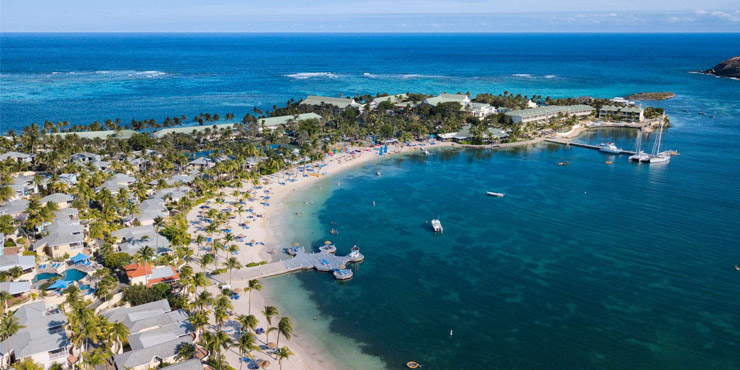 “When you’re travelling long-haul with kids, it’s all about preparation. I tell my boys the journey is going to feel as long as a school day, so they may as well relax and settle into it. Watch movies and don’t ask if we’re nearly there yet, as it’s going to take ages! Sometimes it’s the short-haul where you get caught out, as you haven’t told them it’s a three-hour flight!

“Every time we travel, I pack them little rucksacks and each one has a new toy in it. Nothing extravagant, just a pocket-money type toy such as a little toy figure or a sticker book. They are quite used to that now and it helps build a positive association with the boring stuff like waiting in airport security queues.

“As I pack for the kids, they seem to think I can produce anything at any time! But the most important thing is usually swim stuff, especially goggles. And the right cuddly toys are essential for bedtime. And, of course, factor 50 sun cream.

“The only time I’ve taken kids on tour with me was last June, when I took Mickey for about two weeks. That was easy because he was just a few months old, I was still feeding him and I wanted to be with him. It was very easy going. He wasn’t looking for another world outside of the door. He was in my dressing room on a towel on the floor while I had my rollers in doing my make-up! Once they’re older than 18 months, they want to get out and about and you have to bring extra bits and bobs and it’s not fair on them or me. Sometimes when I’m doing festivals I’ll take the kids at the age they’re ok to stand by the side of the stage without running off, but then you’re basically a parent all the way through it all. Even when I’m singing I’m wondering if they’re bored or want to do a fun fair ride! It’s a bit stressful. I’m not selfish about very much, but it’s easier to go away and do my work and come back.  When I’m on my own tours, you need to give yourself a little bit of headspace. Kids don’t really give you that!"

Take a look at our family holiday ideas, order our Family Holidays brochure or speak to one of our travel experts.

This feature was updated on 28 May 2020. The information within this feature is correct to the best of our knowledge at the time of print. Feature by Jane Anderson.