I came for a hotel buffet dinner with my family on 13th. We are so surprised how cheerful and relaxed looking the staff were. The manager on the day was especially helpful. I was trying to ask for some hot water for my hot lemon water. He quickly offered that he can get his staff to give me a fresh cup of lemon water. It was great to have really smiley staff around us especially in the difficult times of HK. Thanks for the service!

We booked our honeymoon with harbour deluxe room and got free upgrade for our honeymoon! Many wishes and small gifts from the staff and we appreciated it pretty much! Choose Shangri-La and enjoy like a boss!

Oh my gosh! We had a Deluxe Harbour King Room to celebrate our 30th wedding anniversary. The room was unbelievable and the views exceptional. We received fantastic service and guest relations from all at the hotel. This hotel, ( and room ) is the best by far we have ever stayed in. The food from all restaurants is exceptional and everyone was so helpful and courteous. The location is fabulous and its easy to get to any train, bus or ferry. The bustling Kowloon shops are just across the road. We loved our stay and will be back next time

Really good hotel. Everything about the hotel was excellent. Stayed during the christmas 2019 for 3 nights. Location is great, close to shops, train, bay etc. Hotel is quite modern and clean. Stayed in deluxe room with kids. was offered free extra bed without even asking. Provided with complimentary tea and fruits. staff was very friendly. Lobby cafe is very nice. Breakfast was good. overall loved it and would go again. 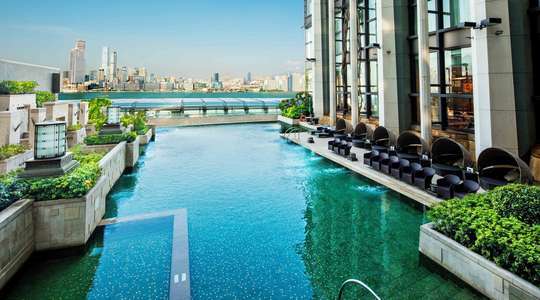 The Harbour Grand has a really outstanding location, with just a road between the hotel and the waterfront. There are plenty of spots with breathtaking views and each room has at least a side view over the harbour. You'll just be a relatively short walk from the nearest MTR station meaning the heart of the city, with its plentiful dining and shopping opportunities, is not too far away. At the hotel you can choose from a couple of restaurants – Le 188° Restaurant & Lounge, which has floor-to-ceiling windows, and the Cantonese eatery Kwan Cheuk Heen, another venue with harbour views. There’s also a fitness centre and a 27-metre outdoor pool, again with an impressive view of the skyline of Kowloon. 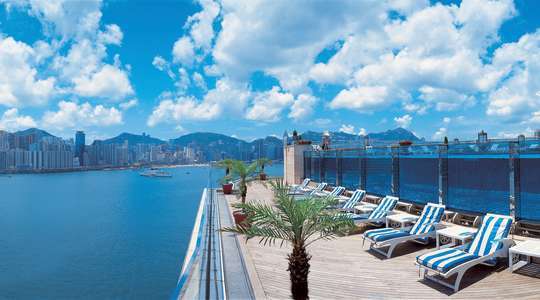 With fantastic panoramic views around almost every corner, this hotel really does have one of the best locations in Kowloon. Without a doubt the most popular spot is the rooftop pool with its unique glass walls… even under water there’s a view. Make sure you spend at least one afternoon up here taking in the activity on the harbour. As well as plenty of local eateries within walking distance, there are six restaurants at the Harbour Grand Kowloon including the main buffet restaurant The Promenade, which has huge floor-to-ceiling windows, and Robatayaki, a traditional Japanese grill.