• Sample local delicacies on a tour of the Vienna Naschmarkt

Day 1 UK to Amsterdam, Netherlands Depart the UK on your flight to Amsterdam. On arrival, transfer to your ship and attend a welcome reception where you’ll get to meet your Cruise Director and fellow guests.

Day 2 Amsterdam & Utrecht, Netherlands Explore Amsterdam’s network of 17th-Century canals with a local guide on a boat trip. Then travel by coach via Rembrandt’s Windmill to Utrecht, where you’ll join back up with the ship.

Day 3 Cologne & Brühl, Netherlands As you cruise into Cologne, take in the views of the spectacular Kolner Dom, whose twin spires took over six centuries to complete. Disembark and drive

to Brühl to visit the World Heritage-listed Augustusburg Castle. On a tour of this lavish 18th-Century castle, learn about its former resident, archbishop-elector Clemens August.

Day 5 Miltenberg, Germany Explore Miltenberg, then enjoy a friendly welcome into the home of a local family for a chat over coffee and cake.

Day 6 Würzburg, Germany Board a coach and travel through the rolling hills and vineyards which sit on the fringe of the pretty town of Würzburg. Walk through Würzburg Court Garden to see its stunning yew trees.

Day 7 Bamberg, Germany The World Heritage-listed city of Bamberg is one of the few German cities that wasn’t destroyed during World War II. Here you’ll have a guided tour to see sights such as the Old Town Hall and the Bamberg Cathedral.

Day 9 Regensburg, Germany Arrive into Regensburg for a guided walking tour. See the ancient Stone Bridge as well as the Old Town Hall and the Porta Pretoria. Enjoy a Bavarian experience on board your ship as you sample local beer and snacks, accompanied by traditional folk music, song and dance.

Day 10 Passau, Germany Arrive in Passau this morning, where the rivers Inn and Ilz join the Danube. Today you can choose a morning walking tour, grab a bike to explore, or join one of the optional Enhance Your Journey day trips to Cesky Krumlov or Salzburg.

Day 11 Melk & Dürnstein, Austria Dock in Melk and join a local guide for a tour through Melk Abbey, a Benedictine monastery that perches above the Danube River. Continue to Durnstein, overlooked by the ruins of the castle where King Richard the Lionheart was held captive.

Day 12 Vienna, Austria Drive around the Ringstrasse and learn about the Vienna State Opera House and Museum of Fine Arts. Join a walking tour for an insider’s view of landmarks including St Stephen’s Cathedral and Hofburg Palace then visit the famous Naschmarkt, the most luxurious food and produce market in Vienna.

Day 13 Vienna, Austria Today you have a full day at leisure in Vienna. You’ll be spoilt for choice in a city so rich in great cafés, historic buildings and fabulous shopping.

Day 14 Budapest, Hungary Arrive into the heart of Hungary’s capital for a guided tour. See Matthias Church and the spectacular Hungarian Parliament Building. After a Captain’s Farewell Dinner, set off on a magical twilight cruise.

Day 15 Budapest, Hungary Following disembarkation, transfer to the airport for your return flight to the UK.

This popular river cruise offers the opportunity to take the scenic route from Amsterdam to Budapest at excellent value. It has a great balance of small group touring – with insider experiences that provide local insight – and leisure time.

Relax in comfort on board one of APT’s recently refurbished river ships, which are custom-made for Europe’s waterways. Stylish on-board facilities include spacious lounge areas, a library, fitness centre and sun deck. All of the staterooms were refurbished in 2018 and have riverside views. Dining has an emphasis on traditional local cuisine, and selected drinks are included with your lunch and dinner. The Main Lounge & Bar has free Wi-Fi and hosts evening entertainment, when local performers step aboard. Make the most of the complimentary bike hire and enjoy the freedom to discover pretty villages and charming countryside at your own pace.

• Itineraries are subject to change

• This itinerary also operates in reverse

Departing 30 September 2019. Alternative Europe itineraries are available with APT, call or speak to a Personal Travel Expert for details.

• Selected drinks served with lunch and dinner on board

• Shore excursions and entrance fees into sites as per itinerary

• Bike hire for on-shore touring at your leisure 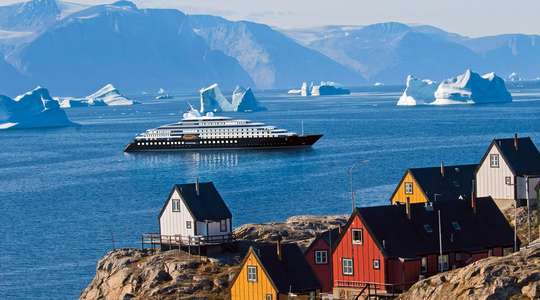 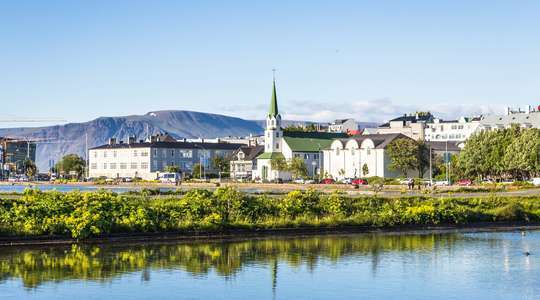 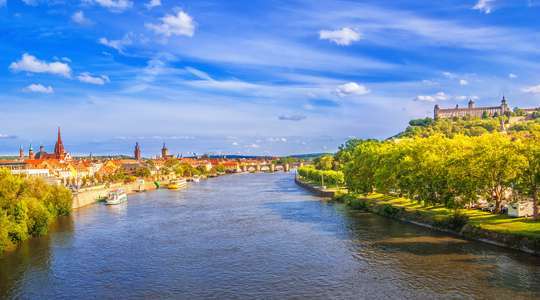 Discover some of Europe’s most breathtaking landscapes, historic cities and quaint villages on this comprehensive luxury river cruise by APT. 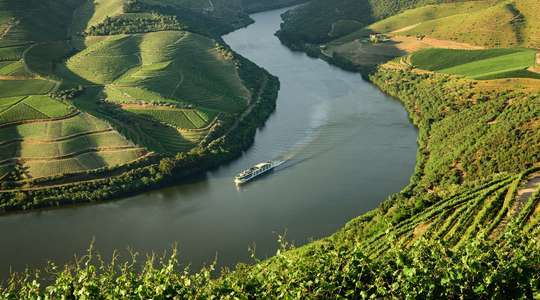 Experience a luxurious yet relaxed cruise along the Douro River, exploring some of Europe’s most world-renowned beauty spots and historic treasures. 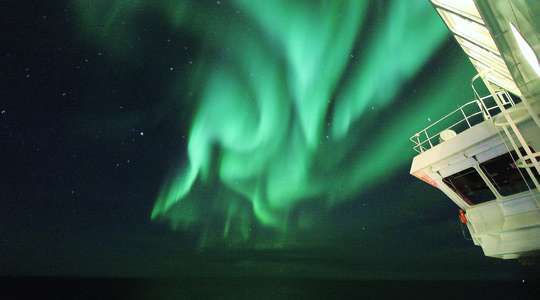