You don’t have to be within arm’s reach of a beach to have a rewarding and rejuvenating holiday. We’ve spent the last year seeking out alternative luxury escapes in Europe from city-break destinations to tranquil countryside hideaways. So if you’d love to wake up in a spa oasis in the Cypriot mountains, ramble the cobbled streets of Andalucía’s most characterful cities or stay among vineyards in Portugal, take a look at a few of our favourite finds.

Unwind at a mountain sanctuary in Cyprus

Cyprus has long been popular with holidaymakers, who flock here for a dose of year-round sunshine and to relax on the Blue Flag beaches. But head inland to the Troodos Mountains, and you’ll discover the island’s hidden treasures; Byzantine monasteries, quaint villages and some of the finest wineries in the Med, as well as a few secret spa hideouts. Casale Panayiotis is a stylish mountain bolthole set in an ancient spa village, where experiences include halloumi making and wine tasting. The award-winning spa blends old and new with traditional treatments such as the ‘theouha’ (sulphur spring water) bath ritual and modern hydrotherapy suites; we love the snow cabin and herbal steam room. 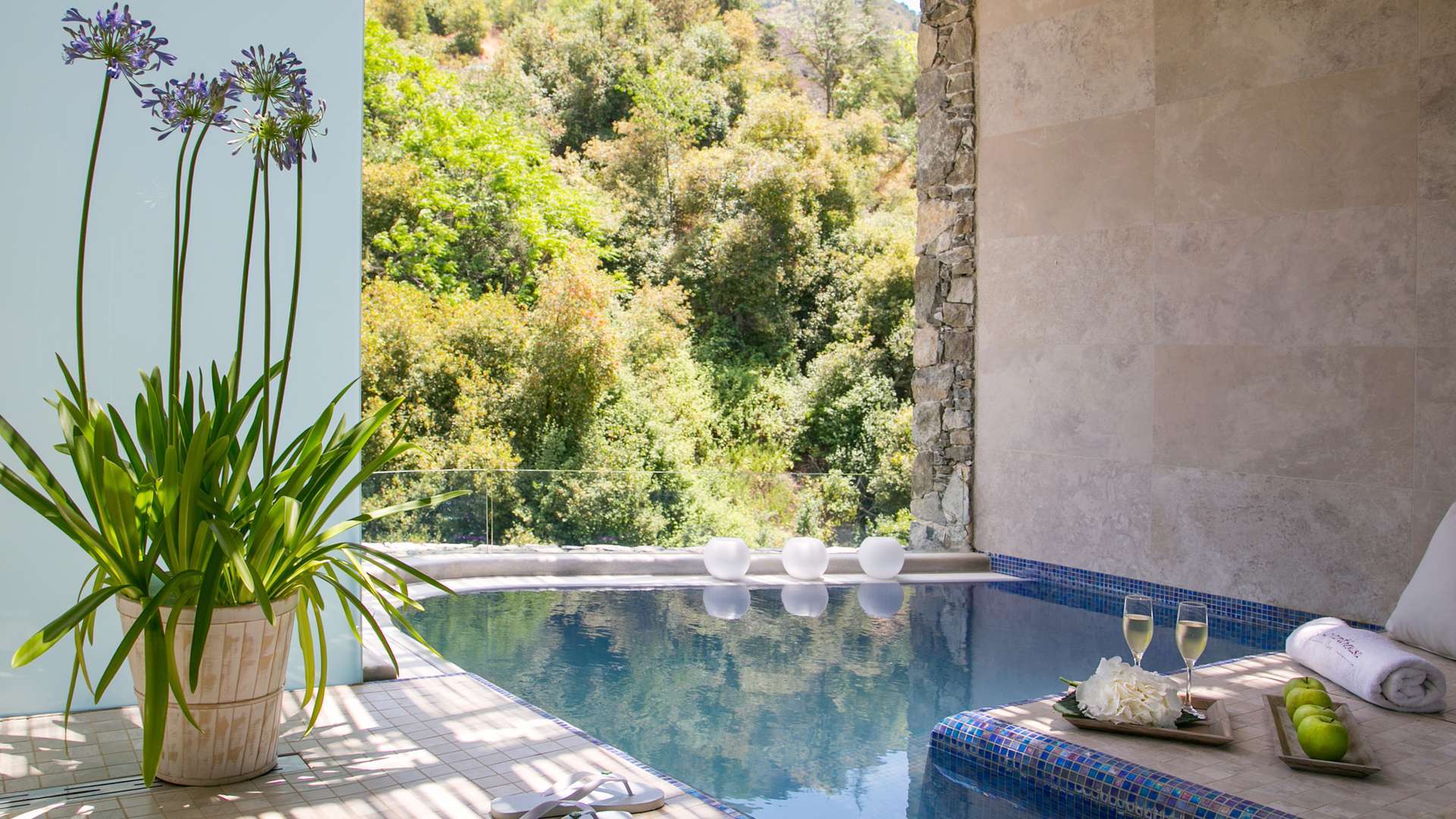 Escape to the Mallorcan countryside

Mallorca isn’t just about bucket-and-spade holidays and party resorts. There’s a more tranquil side to this Mediterranean island, if you know where to look – like its scattering of honey-hued wellness havens nestled in the countryside among valleys of citrus groves.

Set on a historic 14th-century estate, Zoëtry Mallorca Wellness & Spa has a holistic approach to wellbeing, from gourmet dishes created with produce from their vegetable garden to the excellent spa facilities. You can also indulge in 24/7 wining and dining and treat yourself to one of their unique experiences – we’d recommend a magical hot-air balloon flight above the scorched Balearic plains. 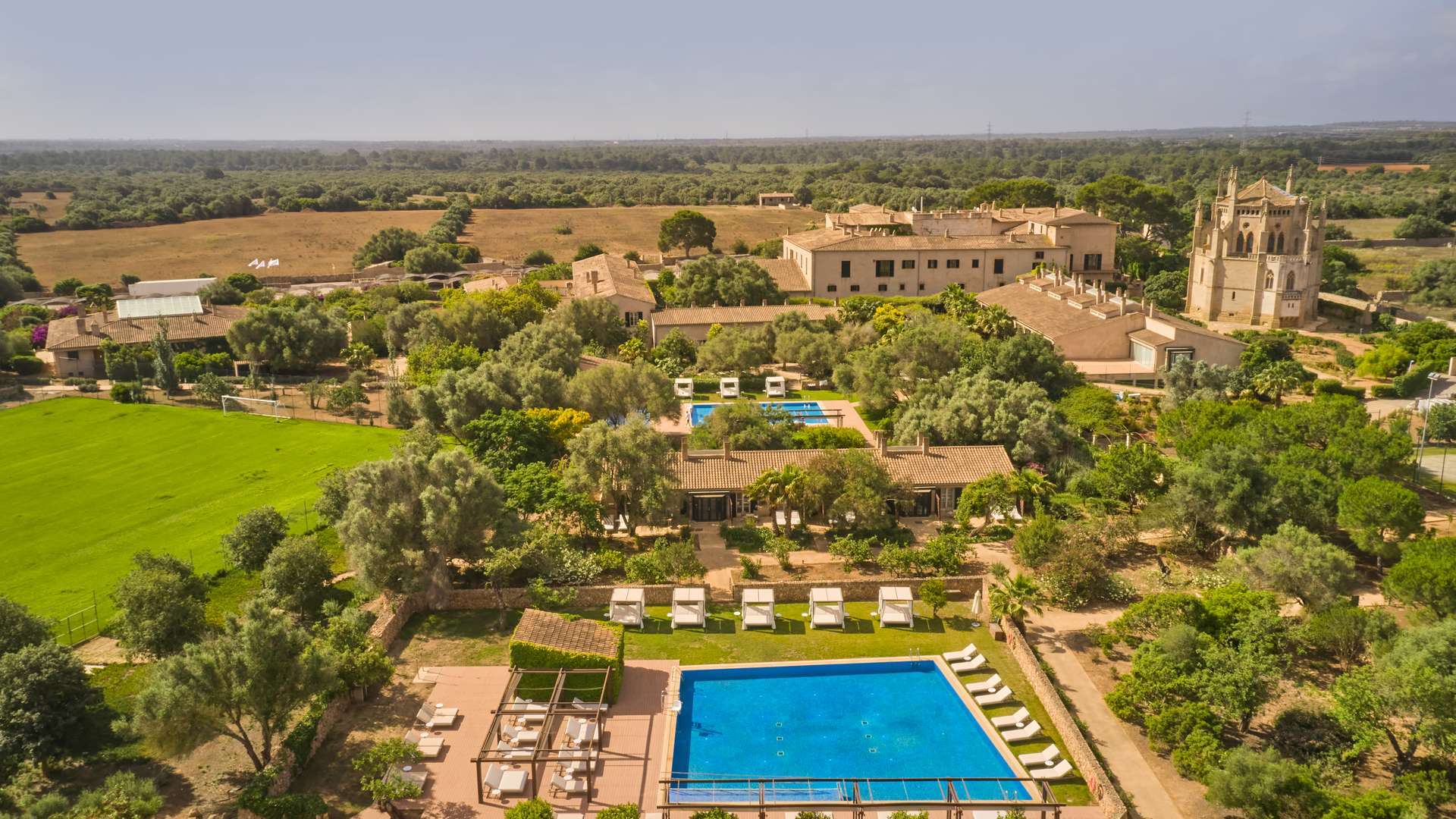 At Fontsanta Thermal Spa & Wellness Hotel, you’re still wrapped in a blanket of countryside scenery but there’s a hint of sea salt in the air, thanks to the dramatic setting on the edge of a coastal nature reserve. This contemporary adults-only resort is the perfect romantic break, with luxurious rooms, divine dining and a unique thermal spa, where you can soak in 38°C waters that spring from underground.

The beautiful cities of Cordoba, Seville and Granada make up Andalucía’s ‘Golden Triangle’. Although each city is worthy of a standalone break, you could tick them all off your wish list on one bespoke Andalucía itinerary.

Seville is the largest and most famous of Andalucía’s poster child cities. Every corner spills a secret from the history books, with incredible Gothic and Renaissance architecture, grand palaces and tiny Tablaos luring you in with flamenco rhythms. Hospes Las Casas Del Rey De Baeza is a bijou gem that sits snugly in the old town, where you can cool off in the open-air pool after exploring the delights on your doorstep.

In Cordoba, the star attraction is the Mezquita mosque, a striking symbol of Islamic architecture. Evenings are particularly delightful, as locals and tourists mingle in cosy tapas bars hidden down the narrow Calles. Stay at Hospes Palacio Del Bailío – a luxe hotel with a Romanesque spa, or H10 Palacio Colomera, where you can end your day with cocktails at the rooftop bar overlooking the skyline. 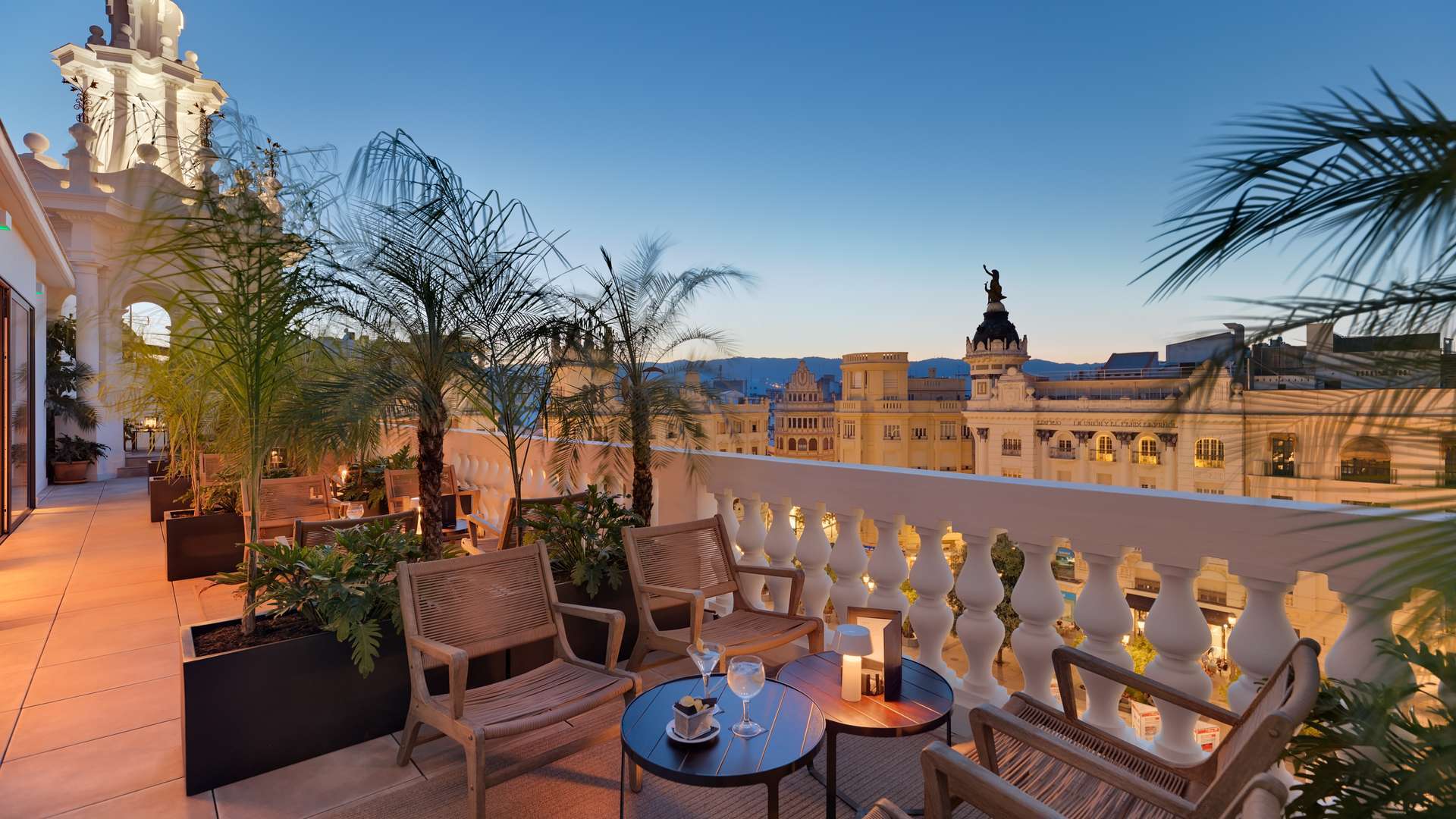 Beyond the stately walls of the stunning Alahambra Palace, Granada is intoxicating to explore. Surrounded by the snow-capped peaks of the Sierra Nevada mountains, the scenery is like something out of a postcard and the neighbourhoods are rich in multi-cultural history. Our top places to bed down are Hospes Palacio De Los Patos, a chic city pad within walking distance of the landmarks, or for a special occasion, the Hotel Alhambra Palace is well-known among A-listers and has mesmerising views over Granada.

To experience Andalucía’s charm away from the metropolitan hotspots, La Bobadilla, A Royal Hideaway Hotel in Loja, lives up to its name. This Leading Hotel of the World is a regal retreat in the Andalucian hills. Designed in the style of a white-washed village and surrounded by olive groves and oak trees, you can spend your days lounging by the palm-lined pool or exploring Sierra de Loja mountains by bike. After dark, book a table for two at sought-after La Finca. 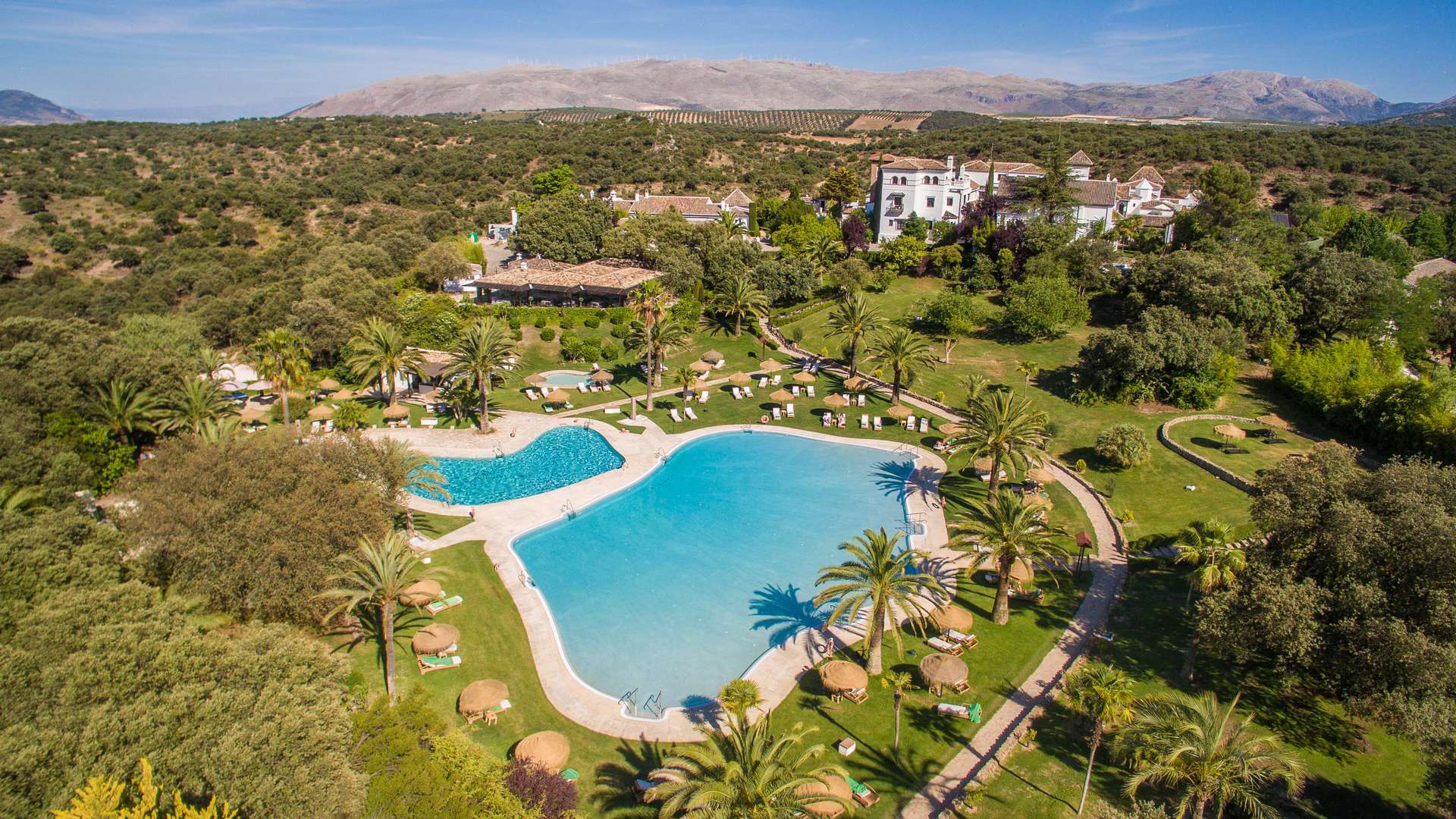 Our featured Andalucía hotels can be paired with a relaxing stay in Marbella, where you can rub shoulders with the elite on the exclusive Golden Mile or take in the super-yacht scenery and trendy dining scene in Puerto Banus.

Explore Lisbon, Porto and the Douro Valley in Portugal

If you’d like to see a side of Portugal away from the beach, we can now take you on urban adventures in Lisbon and Porto, or to the wine-connoisseurs paradise of the Douro Valley.

In Lisbon, Tivoli Avenida Liberdade is the place to be seen – its glamourous rooftop restaurant is even called SEEN. The fabulous location in the heart of the city means you’re only a short amble from the designer shops and iconic yellow trams that rattle through the steep streets. Just around the corner, PortoBay Liberdade has more of a boutique vibe, and you can take a breather from the hustle and bustle in the wellness area, which has a Jacuzzi, water jets and a heated indoor pool.

As the gateway to the Douro wine region, Porto has made its name among oenophiles. You’ll find vibrant laneways peppered with wine bars and ritzy seafood restaurants, colourful houses and intricately tiled baroque churches, as well as a couple of beaches just a tram ride away. The Yeatman is an exceptional wine lodge perched on the hillside. They really go to town with the wine theme – there are wine-pairing menus in the two Michelin-star restaurants, a decanter-shaped infinity pool and grape-infused treatments in the Caudalie Vinothérapie® Spa. If you’d prefer to be set back from the buzz of the city, Vila Foz Hotel & Spa is an eclectic manor house located in a smart seaside suburb with rooms overlooking the ocean.

If you’re not quite ready to put down your glass of red, take your trip up a notch and head into the epicentre of the wine region: the stunning Douro Valley. In the little town of Pinhão, Vintage House Hotel has a dreamy spot on the banks of the Douro River. By day you can trace the Port Wine Route and soak up the vineyard views by the pool, and in the evenings, feast on fresh fish in the restaurant before curling up by the fire in the library bar. 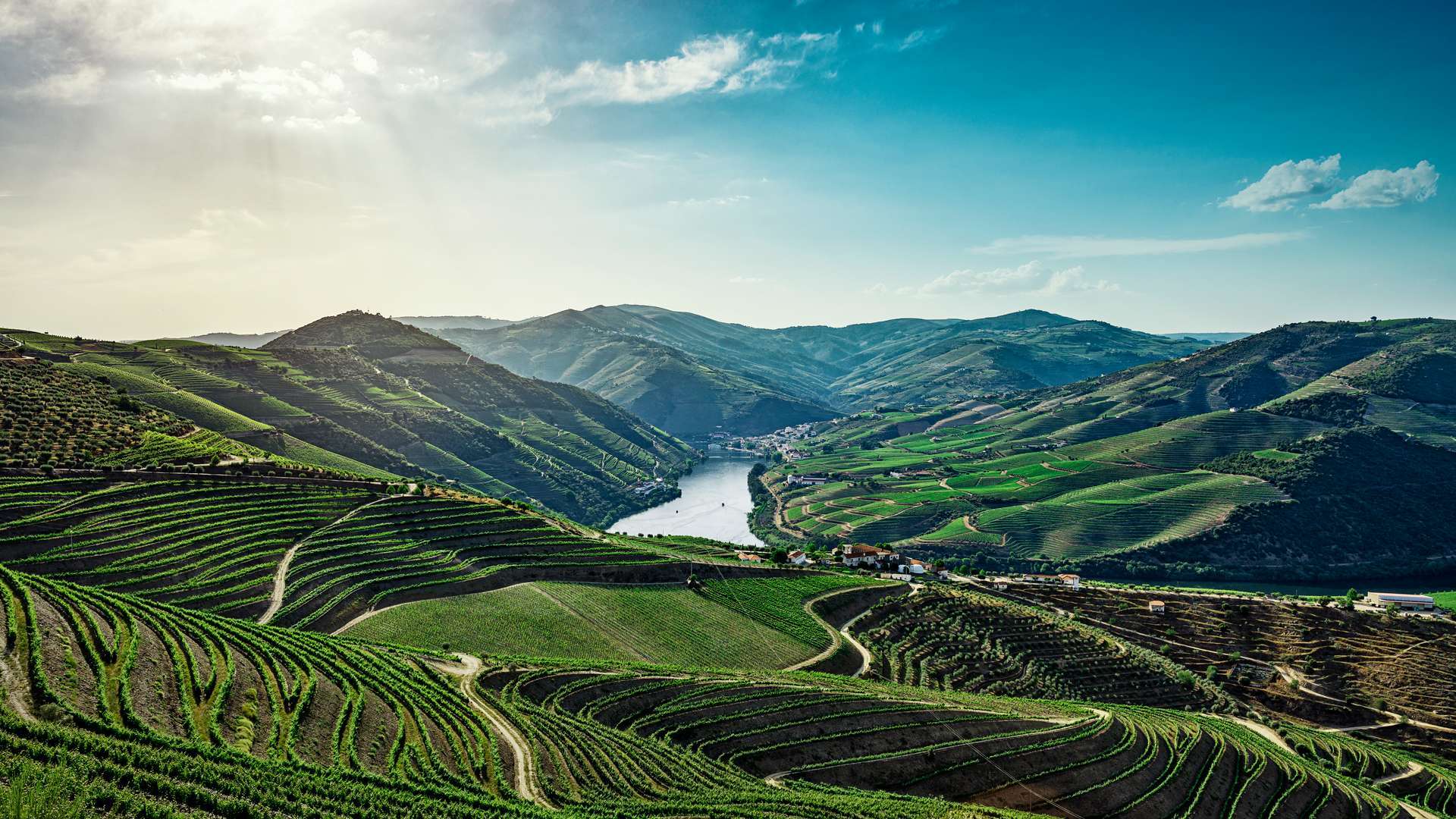 Vidago Palace Hotel is a-grand Belle Époque-style palace just north of the Douro region, tucked away in the spa town of Chaves. When you’re not sipping wine in the valley, you can tee off on the 18-hole golf course or retreat to the all-white marble spa, which uses mineral-rich waters from the local underground springs.

The islands of Malta have a long and colourful history; Romans, Spanish, French and British have all ruled at one point. The best way to experience this tiny archipelago is on a twin-centre trip; you could pair a stay on the sleepy island of Gozo with a few nights on Malta. We recommend spending some time in ancient Valetta, where the hotels are almost as characterful as the city itself. We’ve added Rosselli AX Privilege to our portfolio, a luxurious 17th-century Baroque hotel encircled by Valletta’s tangled streets. The rooftop plunge pool is a welcome sight after touring around, and for the ultimate spa day, there’s complimentary use of the spa facilities at sister hotel, AX The Palace, just a 15-minute drive across town. 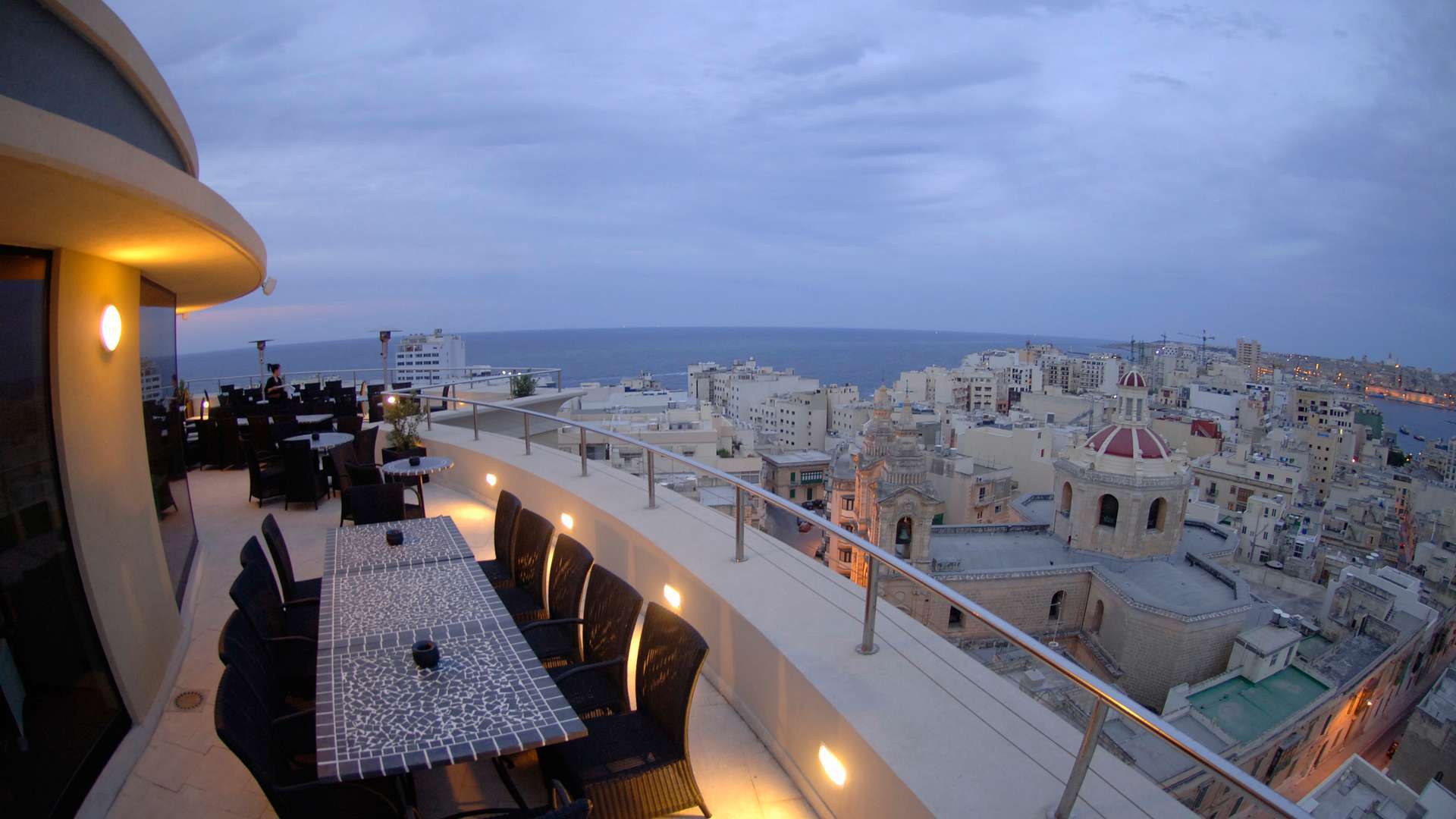 Over in Croatia, the walled city of Dubrovnik is equally as impressive – meandering through the old town feels like you’ve stepped back in time. Overlooking picturesque Gundulić Square, The Pucić Palace, Dubrovnik was once the home of an aristocratic family and has been transformed into a charming hotel. All the sights are a traffic-free stroll away and when you’re done pounding the marble pavements, pull up a lounger on nearby Banje Beach, where a private slice of the sand is reserved for hotel guests, complete with parasols, towels and glittering sea views.

This feature was published on 5 October 2021. The information within this feature is correct to the best of our knowledge at the time of print. Feature by Heather Flanagan.