My boyfriend and I spent the weekend playing tourist in our own city, Montréal and where better to stay than the Fairmont! I’ve stayed at several Fairmont properties and they never disappoint. Upon check-in we were greeted by the friendliest person at reception where she checked our temperature. We felt very safe throughout our stay and proper COVID measures were put in place. The view from the 17th floor is stunning both during the day and at night! I personally love all of the bathroom amenities as well! Highly recommends this property!

I wish that I could give this place negative stars. It is absolutely horrible! As others have mentioned the bad architecture from 50 years ago is off-putting and very different from the other Fairmont’s that at least look decent on the outside. The worst part about this hotel though is the service. I have never met a more inept and rude hotel manager. The most surprising thing to me is that Fairmont has not pulled their name off of this dump yet.

COVID Impacts Noticed more than others

We stayed here 1 night. We had stayed at a few other hotels throughout Quebec this week and we noticed Covid related impacts here more than other hotels. There was no valet service and no room service offered. Staffing appeared skeletal throughout lobby area. The restaurant operations were closed down except for breakfast and cafe. It looks like it would have been a really amazing place had the pandemic not had any impact. Would like to come again when things calm down again. The hotel rooms are very beautiful!!

We had the opportunity to stay at this hotel multiple times. We usually try to book a suite as it is a really large room with a sofa bed and two bathrooms. The room is each time ultra clean and the bed extremely comfortable. You have a Nespresso machine in the room and an ice machine is available at each floor. The service at this hotel is also just incredible, people will do everything they can to help you with a smile. The pool is pretty cool and the location just perfect, steps from Sainte-Catherine and the Old Port. A solid choice for people looking for a very nice hotel with many services and a price that remains reasonable.

john lennon Suite ALL WE ARE SAYING...IS GIVE QUICHE A CHANCE!!! ABSOLUTELY AMAZING EXPERIENCE!

Just got back from our little "Support Canadian Tourism Tour" which included 2 night at Chateau Laurier, 2 nights at Chateau Frontenac, I night in Kingston, 4 haunted ghost walks, 3 boat tours....but this...this was the highlight of the trip. One night stay in Suite 1742...where 51 years ago John Lennon & Yoko On did thyond the call of duty tomake our stay a greir famous "Bed In" and recorded Give Peace a Chance, all in this exact room. Go to the site or do a google search for photos. It exceeded my expectations by light years. Historically correct detail with a great sense of humour, my favourite hotel room ever. This was the coolest ting I have done since recording at Sun Studios. The hotel is super nice and staff is absolutely top shelf. A special thanks to Natalie who made this all happen for us! ( This one understands customer service and hospitality and is just a great lady!) Also thanks to Taoufik who went way beyond the call of duty to make our stay so great , and also thanks to Gloria who was there whenever you needed her. What a fantastic team and a fantastic hotel and a beyond fantastic room. Hat;s off to the designers on this one!DO IT!!!!! You will not regret it! 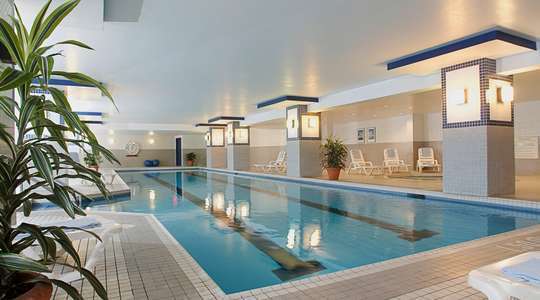 This elegant hotel is situated in the district known as Le Quartier des Spectacles and it sits within easy walking distance of the boutiques and museums of Sherbrooke Street, the shops of Ste-Catherine Street and Mont Royal. There are plenty of restaurants and bars nearby while at the hotel, Le Cordial Resto-Bar offers fresh, seasonal fare. The M BioSpa is ideal for post-sightseeing relaxation and there’s an indoor pool, Jacuzzi and two saunas 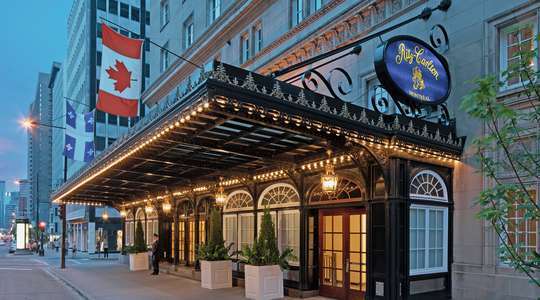 Voted the number 1 hotel in Montréal on TripAdvisor, this hotel is truly a special spot. The hotel, which was opened on New Year’s Eve in 1912, is located in within the upmarket Montréal neighbourhood of the Golden Square Mile at the foot of Mont Royal. Today the hotel has the same levels of luxury it did in its 1920s heyday, and it still attracts the same calibre of guests including royalty, A-listers and world leaders.