Inspired by Harry and Meghan’s trip to Sydney this month for the Invictus Games 2018, we explore the royal pair’s Australasia tour and reveal 10 of our favourite things to do in Sydney – from a night at the opera to watching a movie in a glamorous 1930s cinema.

The Invictus Games is so much more than a sporting event. It’s a story of courage, strength and spirit. Prince Harry founded the Games in 2014 for wounded military personnel that have suffered life-changing injuries. After watching a similar event in the USA the year before, Harry felt inspired and saw how competing through sport can play a powerful role in recovery. This year, the Games has travelled Down Under, and it’ll no doubt be a special event for the newlyweds, as last year’s Games in Toronto was where the couple made their first public appearance together.

Rumours suggest that the Duke and Duchess of Sussex, who’ve just announced they’ll be expecting their first child in the spring, are staying at harbourside mansion, Admiralty House – the official home of the Governor General of Australia. The house has hosted a handful of famous visitors over its time, from the Royal Family to presidents of the United States. It has a private wharf, immaculate gardens, a swimming pool and stunning views of Sydney Harbour.

Follow in the footsteps of the royal couple’s visit and let us plan your ultimate Australia escape. To spark a few ideas, take a look at our top 10 must-do Sydney experiences…

Search for whales and dolphins

Port Stephens is a great spot for whale and dolphin watching, and there are lots of day tours that depart from Sydney throughout the week. June and July is usually the best time of year to see these majestic creatures, but you’ll also have a good chance from September to November when the whales head south. Humpback whales and bottlenose dolphins are regularly spotted during cruises here – and if you’re lucky, you might even catch sight of an orca as its black fin slices through the water. 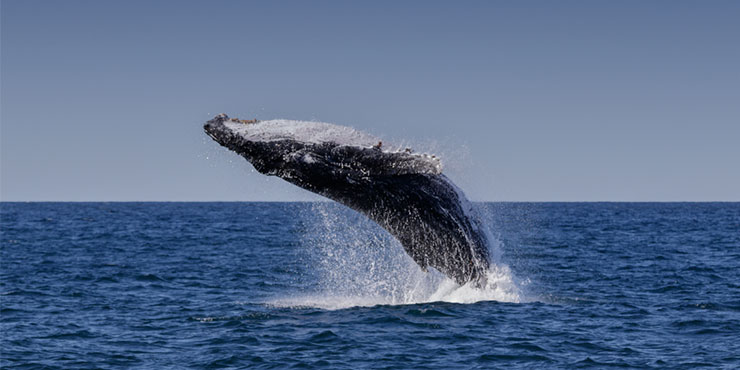 Go on a bushwalk in the Blue Mountains

A hike, or bushwalk as the Aussies call it, is a fantastic way to explore the rolling hills, deep valleys and tumbling waterfalls of the Blue Mountains. There’s a handful of walking tracks to choose from and the Echo Point Lookout has the most amazing views of the Three Sisters’ world-famous rock formations. While you’re here, you should check out The Blue Mountains Chocolate Company. This friendly café serves handcrafted treats, from truffles to Turkish delight, and a deconstructed hot chocolate where you melt giant chocolate buttons over a candlelit cup. 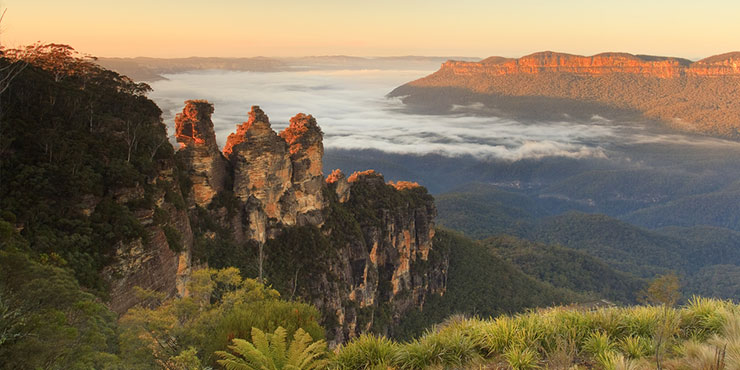 Spend a night at the opera

The Sydney Opera House is one of the best places in the world to watch the opera. Beneath the curved white sails of this iconic building lies six stages, where opera royalty, musical legends and talented dancers have performed throughout the 45-year history of this spectacular UNESCO World Heritage site.

Ask us about the luxurious Four Seasons Hotel, which has incredible views of the Sydney Opera House and harbour. 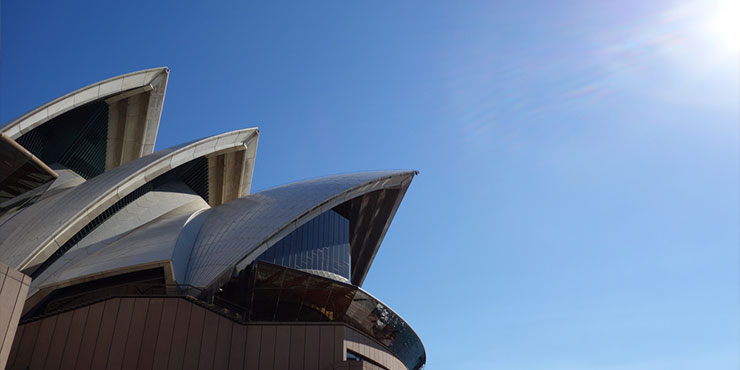 The foodie scene in Sydney is big, with Asian cuisine being the city’s greatest influence. There are Vietnamese, Chinese and Japanese restaurants at every corner, but Sepia takes it to the next level. In this art deco-style venue, you can try innovative twists on Japanese flavours, from butternut pumpkin with Saikyo miso to Wagyu beef with dashi rice.

Learn to surf on Bondi Beach

Australia is known all over the world for its surf culture, and a holiday here wouldn’t be complete without giving the sport a go. Just imagine the feeling of catching your first wave on Bondi Beach. You’ll be well looked after by your instructor and can practice on the sand until you’re ready to head out on the water. 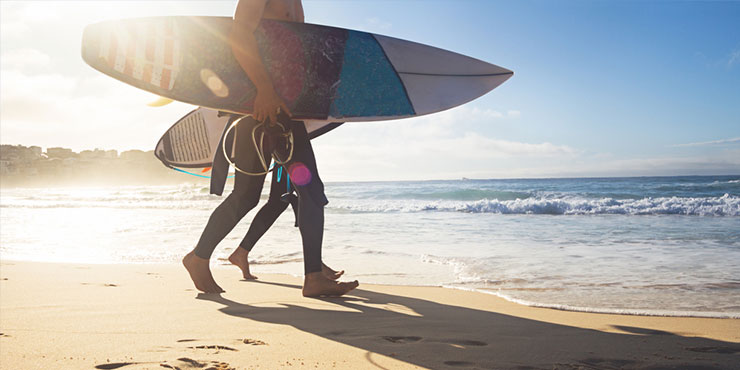 Have a picnic in a secluded cove

One of Sydney’s most beautiful walks is from Bondi to Coogee. A winding clifftop track will take you along the coast, past rock pools, beaches, parks and little coves where you can chill out for a couple of hours and enjoy a picnic lunch. The walk is around 3½ miles and takes up to two hours. 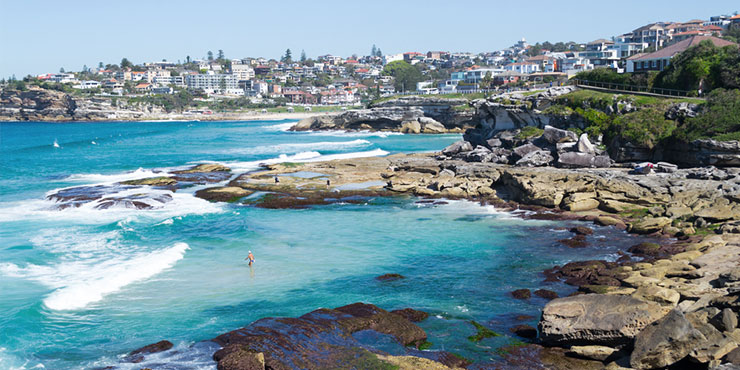 Explore the city on a cruise ship

An evening dinner cruise is an incredibly relaxing way to see the city. As you glide through the harbour, past the grand Opera House and awe-inspiring bridge, you can watch the glittering lights of the Sydney skyline and dine under the stars.

The picturesque Hunter Valley is Australia’s oldest wine region and is home to over 120 excellent wineries. Mount View Estate is one of the area’s most awarded vineyards, and has an idyllic setting in the foothills of Mount View mountain range. Here, you can sample a selection of different styles, such as its smooth Pinot Noir, zesty Sauvignon Blanc and rich Shiraz.

As part of our Hunter Valley Vintage Winetasters day tour, you’ll also get to visit the Australia Reptile Park. 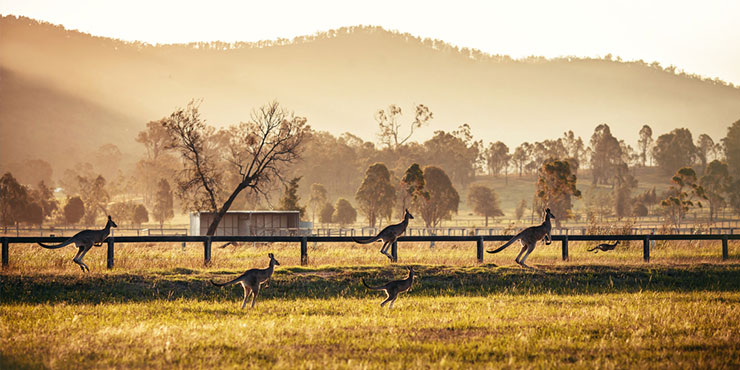 This is one of Sydney’s most popular attractions and it’s easy to see why. The views from here are out-of-this-world, especially on an evening climb when the city lights twinkle on the water. As you make your way to the top, your Climb Leader will take you through the bridge’s history and tell entertaining tales of this architectural wonder.

If you want to know more, talk to us about our Sydney Bridge Climb. 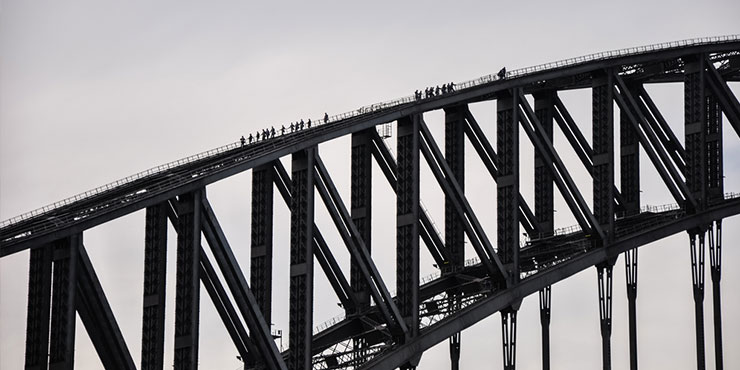 Watch a movie in a vintage 1930s cinema

Step back in time at Sydney’s enchanting Hayden Orpheum Picture Palace – a glamorous cinema built in 1935 by theatrical architect, George Kenworthy. Pick up a box of popcorn from the retro candy bar and settle into your comfy velvet seat in the main auditorium. Before your film begins, the cinema’s resident organist will pop-up on stage playing a tune on a traditional Wurlitzer organ – a charming and nostalgic nod to the past, when theatre organs were used in cinemas to create the sound effects for silent films.

Ultra-cool beaches, cutting-edge architecture and world-class dining – Sydney is a great place to start your Australia adventure. Whether you’re looking for a luxury hotel stay, self-drive route, small group tour or cruise, we can tailor-make every detail of your holiday to make sure it works for you. Search for one of our Australia experts order our Australia & New Zealand brochure or book an appointment in your local Kuoni store today.

This feature was published on 12 September 2018. The information within this feature is correct to the best of our knowledge at the time of print.